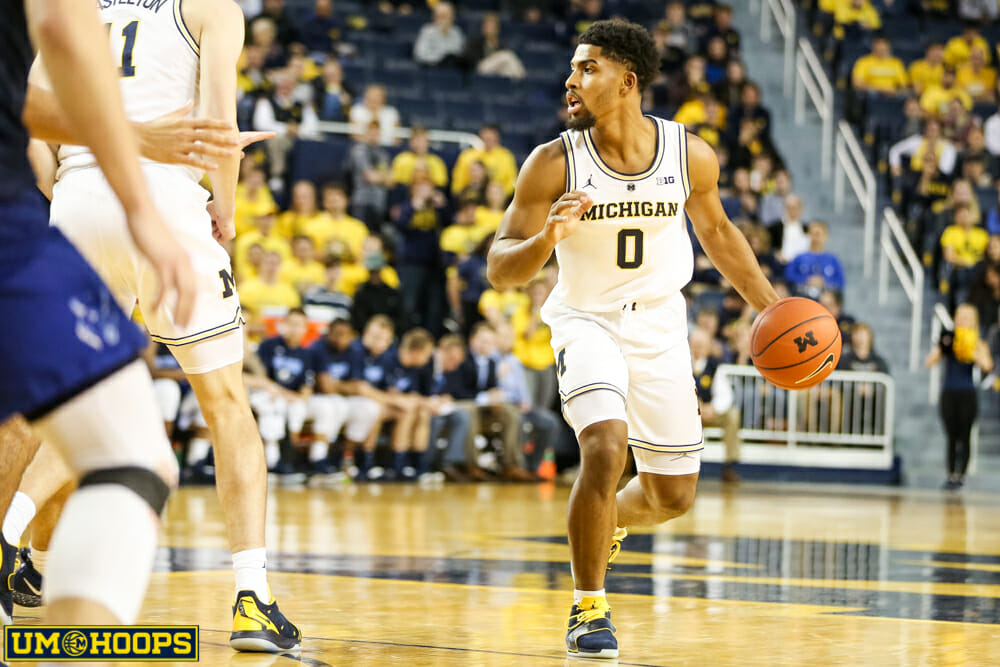 Michigan knocked off Maryland with another stellar defensive performance on Saturday afternoon. The Wolverines didn’t shoot well, but their defense suffocated the Terps en route to Big Ten victory number 12. Here are five takeaways from the win including thoughts on Michigan’s starting point guard and its new backup point guard.

On a team defined by its balance, the most important player is the point guard. Zavier Simpson is the heart and soul of Michigan’s identity, but he’s also producing in the box score. He grabbed KenPom game MVP honors for the third time in Big Ten play and finished with 12 points, eight assists, five rebounds, one turnover and two steals.

Simpson has a better offensive rating than Ignas Brazdeikis, Jordan Poole and Charles Matthews in conference play. He’s averaging 11.3 points, 5.7 assists and 5.3 rebounds per game in Big Ten games and makes the critical plays for Michigan down the stretch.

“His leadership right now is as good as anybody we’ve ever had,” John Beilein said after the win. “Zavier is talking. We had longer timeouts today. We let them talk amongst themselves, and I saw Zavier one time take the whiteboard and start to a couple of guys. He’s got that it that you need to lead a team and the team respects him.”