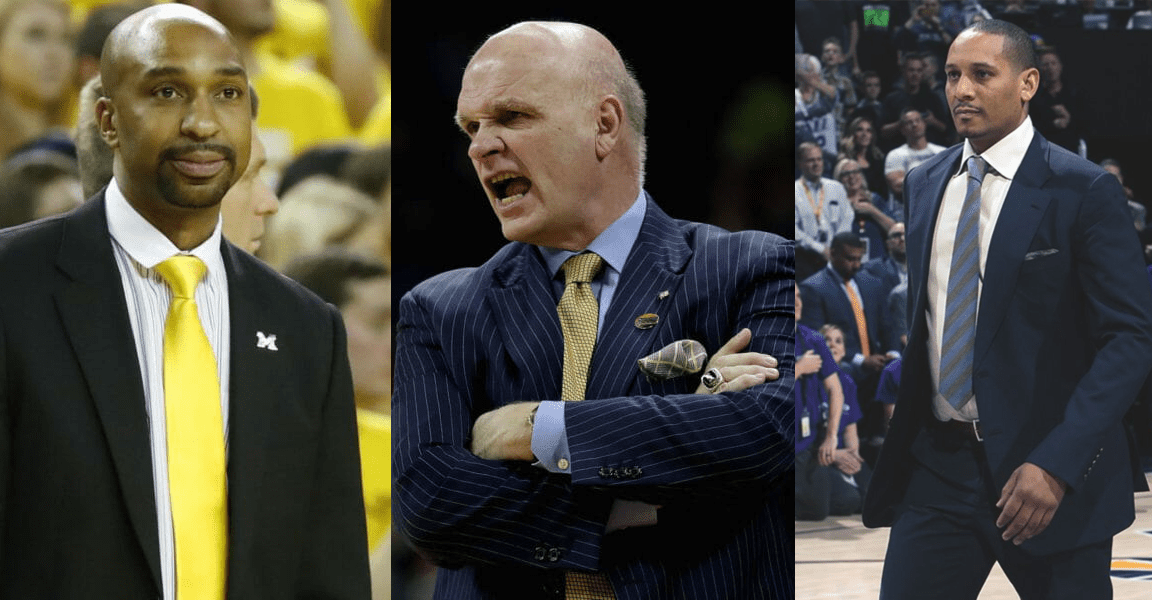 Juwan Howard’s assistant coaching staff is official. He will be joined on the bench by Phil Martelli, Saddi Washington and Howard Eisley. The news was made official in a university release.

If you missed it, here’s our in-depth look at the assistant coaching staff and how they fit together.

“When I took this job, I told everyone I was looking to fill the staff with experienced basketball coaches who are egoless, hardworking and ones that will help our young men grow both on and off the court — I feel I have done that,” said Howard. “Phil is so highly respected in the sport of basketball — on every level — it is an honor that he has decided to join us. He brings such a wealth of knowledge and creativity which I know will be beneficial as we move forward.

“Howard and I have known each other for a long time. We have competed against each other and risen up the NBA coaching ranks together. It’s going to be great to finally be working and collaborating together. Observing what Saddi has accomplished over his last three years has been just amazing. His versatility and coaching style resonates with kids and that will be valuable. I am so pleased he decided to remain on our staff.

“I cannot wait to get started on this journey.”

All three assistants have signed two-year deals with Michigan including an option for a third year.

Martelli spent the last 24 seasons as the head coach at Saint Joseph’s. He is the Hawks’ all-time leader in career victories with a mark of 444-328. He set the school record for most wins in a season (30) in 2004 and has recorded nine 20-plus win seasons — the most for any Hawks’ coach.

“I am so appreciative for the opportunity to work with a rising star, Juwan Howard,” said Martelli. “I was very humbled that he would reach out and ask me to join his first staff. I pledge that I will exhaust myself to make all affiliated with the University of Michigan proud.”

Eisley comes to the Wolverines after spending the last 10 years coaching in the NBA. For the past decade Eisley has moved up the ranks from a player development assistant with the Los Angeles Clippers to an assistant coach with the Washington Wizards (2014-16) and New York Knicks (2016-19). Before moving into a coaching role, Eisley was the 30th overall selection in the 1994 NBA Draft and played 12 seasons in the NBA with stops with eight teams — Minnesota, San Antonio, Utah, Dallas, New York, Phoenix, the Clippers and Denver.

Before his professional career Eisley was a four-year starter at Boston College (1991-94). He helped guide the Eagles to the 1994 NCAA East Regional final and earned all-regional tournament honors. He added All-Big East second team honors as a junior (1993) and senior (1994). Prior to his collegiate career, Eisley was a prep standout at Detroit’s Southwestern High School, where he was teammates with future NBA players Jalen Rose and Voshon Lenard.

“First of all I want to thank Juwan and everyone at Michigan for having the confidence in me to make me part of this talented staff,” said Eisley. “Words cannot express how excited I am to be working with such great people at a first-class university. I am ready to hit the ground running and look forward to doing everything I can to help our program succeed at the highest levels.”

In his three seasons with U-M, Washington has helped the Wolverines win 89 games (29.6 per season) including a program-record 33 wins during the 2017-18 campaign, followed with a second 30-win season in 2018-19. During his tenure, U-M has won two Big Ten Tournament titles, advanced to three straight NCAA Sweet 16s, and reached the Final Four and national title game in 2018.

Responsible for coaching U-M’s big men, Washington was instrumental in the development of Moritz Wagner, who earned All-Big Ten Conference honors for two straight years and went on to become the 25th overall selection in the 2018 NBA Draft by the Los Angeles Lakers. Wagner was the second U-M big man drafted under Washington’s tutelage, joining D.J. Wilson, who was selected with the 17th overall pick by the Milwaukee Bucks in 2017.

“I’m extremely proud of the work I’ve been a part of here at Michigan, but I am also very grateful to Coach Howard for retaining me to continue,” said Washington. “There’s a great and new energy around the program right now. I’m excited to get behind his vision for the program and assisting our players to be championship seekers on and off the court.”

Howard will continue to fill the remaining areas of his support staff and announce those at the appropriate time.