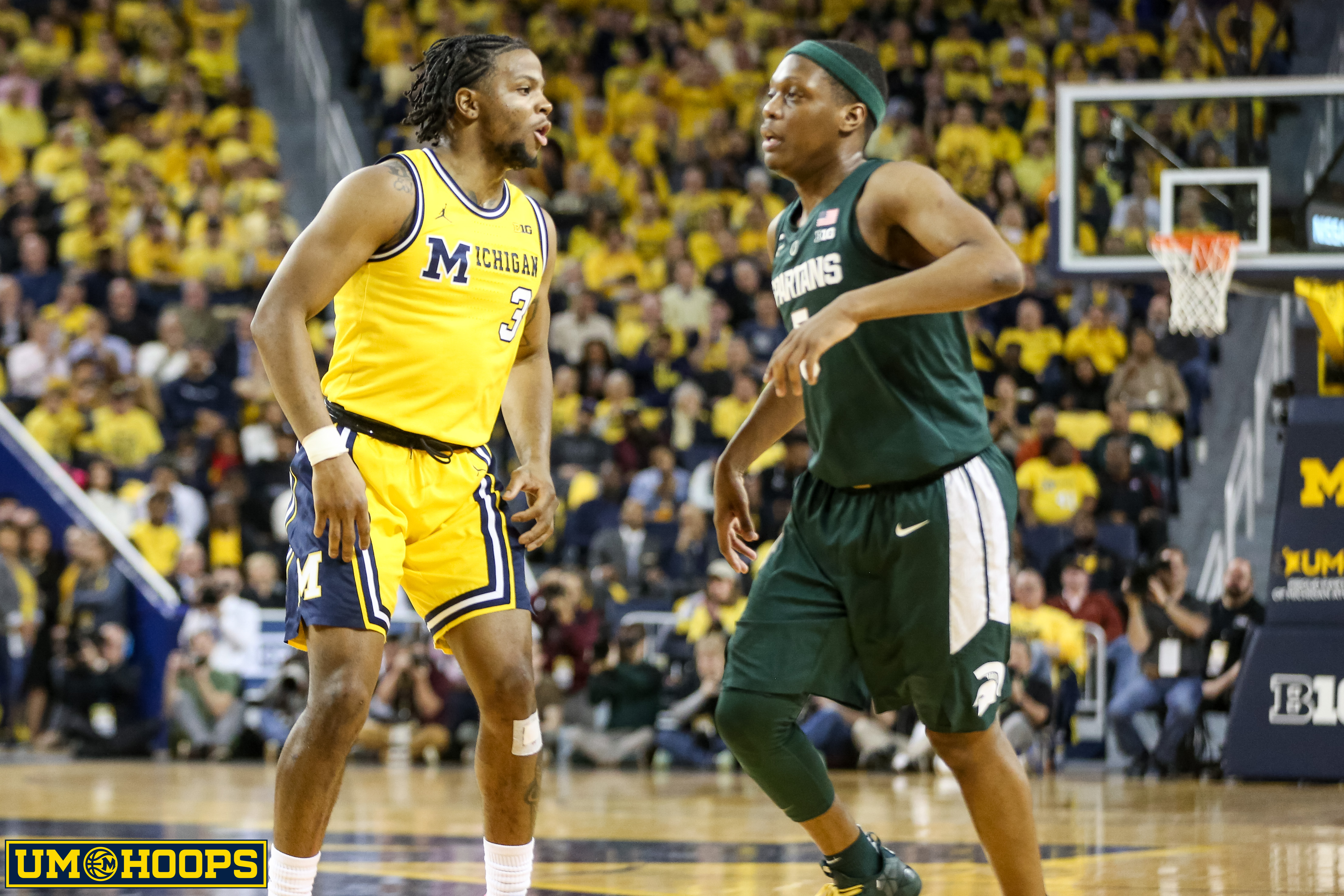 Our selection process involved much deliberation to arrive at a list we hope will provide plenty of reaction and debate. The series will be broken into five parts and our final installment of players 1-5 is available below. Previously: 6-10, 11-15, 16-20, 21-25

Dosunmu was a relatively inefficient player on a team that went 12-21 last season which means his ranking is clearly based on his potential. The 6-foot-5 guard is one of the quickest players in the conference with the ball in his hands and he’s the primary reason that many are expecting the Illini to contend for an NCAA tournament berth.

We know that Brad Underwood’s offense can work at the highest level — Oklahoma State had the best offense in the country in 2017 — and we know that Dosunmu has NBA-caliber talent. If those two things click, Dosunmu has the highest ceiling in the conference among players not named Cassius Winston.

Statistically speaking, Stevens is one of the Big Ten’s most productive players. As a junior, he averaged 19.9 points, which was second in the conference to Purdue’s Carsen Edwards. He was also top ten in the league in rebounding.

In addition to carrying the offensive load for Pat Chambers, Stevens also played more minutes than any other Big Ten player in conference games and had the sixth-highest usage rate. While he’s not always efficient, he is one of the league’s toughest matchups because of his physicality and versatility.

If Stevens is going to live up to expectations as a senior, he’ll need to improve his 3-point shot (22 percent last season) and take fewer 2-point jump shots. As a junior, he shot just 35.6 percent on 2-point jump shots, per Hoop-Math.com.

Simpson is the best defensive point guard in the Big Ten and was the focal point of a Michigan team that won 33 games last season. His leadership should be a tremendous asset for the Wolverines as they transition under Juwan Howard.

Simpson has a unique game with distinct limitations. He almost always drives to his right and his 3-point shot is a liability. He only made 31 percent of his triples last season but he has mastered the right-handed running hook shot.

Most of the attention that Simpson receives is for his defense, and rightfully so, but his offensive game is overlooked. Per Synergy Sports, Simpson led all high-major players with 152 ball screen assists last season. Simpson will need to improve his 3-point shot to elevate his game as a senior, but he’s made at least one improvement in every offseason.

Maryland is being touted by many as the Big Ten’s second-best team entering the season and Cowan is a major reason for those expectations. As a junior, he averaged an impressive 16.6 points, 4.4 assists and 3.7 rebounds as Maryland advanced to the second round of the NCAA tournament.

After leading the Big Ten in minutes as a sophomore, he was fifth in minutes logged as a junior and finished fourth in the league in assist rate. His 3-point shooting is inconsistent, but Cowan is a tough cover off the dribble and does a nice job of drawing fouls. He ranked in the top 20 of the conference last season in free throw rate and shot over 80 percent from the line. If he can find the 3-point stroke that he showed in Big Ten play as a sophomore (39.8 percent), Cowan should be a lock for All-Big Ten honors.

The Terps have underperformed to their talent under Mark Turgeon almost every season since joining the Big Ten, but having a battle-tested senior point guard provides a major opportunity to flip that narrative.

Winston is the frontrunner for National Player of the Year after a dominant junior season. The 6-foot point guard averaged 19 points and eight assists per game last year while shooting an impressive 50 percent on 2s and 40 percent on 3s.

The scary part for the rest of the Big Ten is that Winston wasn’t even the bonafide number one option in Michigan State’s offense at the start of the 2018-19 season, that adjustment came when Joshua Langford’s season ended prematurely due to injury. In 2019-20, the Spartans will enter the year prepared to build around Winston, who has had time to rest and recover from knee tendinitis that plagued him late last season.

As a junior, Winston posted a 120.0 offensive rating on 29.4 percent usage. Since 2004, only three other players — Denzel Valentine (125.7), Frank Kaminsky (126.2), Trey Burke (121.2) — have used more than 28 percent of their team’s possessions and matched that level of efficiency. Those three players exhausted their eligibility or moved onto the NBA draft, Winston is back for his senior year to try to build on a historic season.