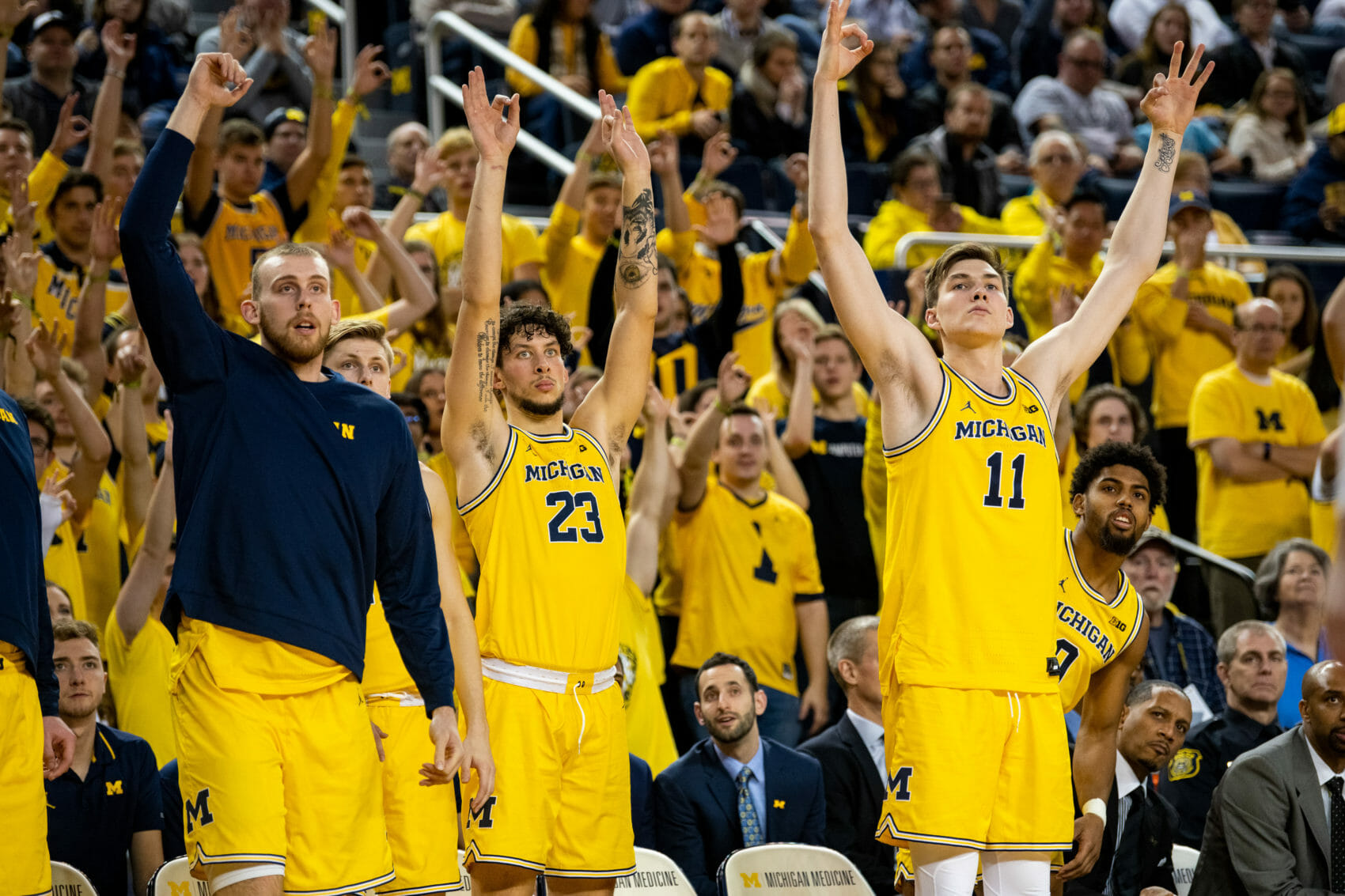 In the span of a week, Michigan has gone from off the radar to No. 4 in the country.

The Wolverines are off to a 7-0 start under Juwan Howard with wins over Gonzaga, North Carolina, Iowa State and Creighton and the college basketball world has taken notice.

Michigan was unranked in last week’s AP Top 25 poll but now finds itself ranked 4th in the country before Tuesday’s matchup at No. 1 Louisville. The Wolverines received 9 first-place votes and are one of three Big Ten teams ranked in the top six (Maryland 3, Ohio State 6).

Michigan’s jump from unranked to 4th in the country matches the largest-ever jump in the poll’s 70-year history.

With Michigan playing some of the best basketball in the country, there’s no better time to join UM Hoops. We’re extending our 50% off sale through Cyber Monday!

That means our best price ever on an annual subscription to UM Hoops — 50% off! — still stands. That’s just $24 for the whole year or $2 per month! Click here to sign up today!

If you are in the giving mood, anyone who purchases a gift membership will also receive a free UM Hoops T-shirt. Just sign up for a gift membership, and we’ll follow up with you to send your free shirt.