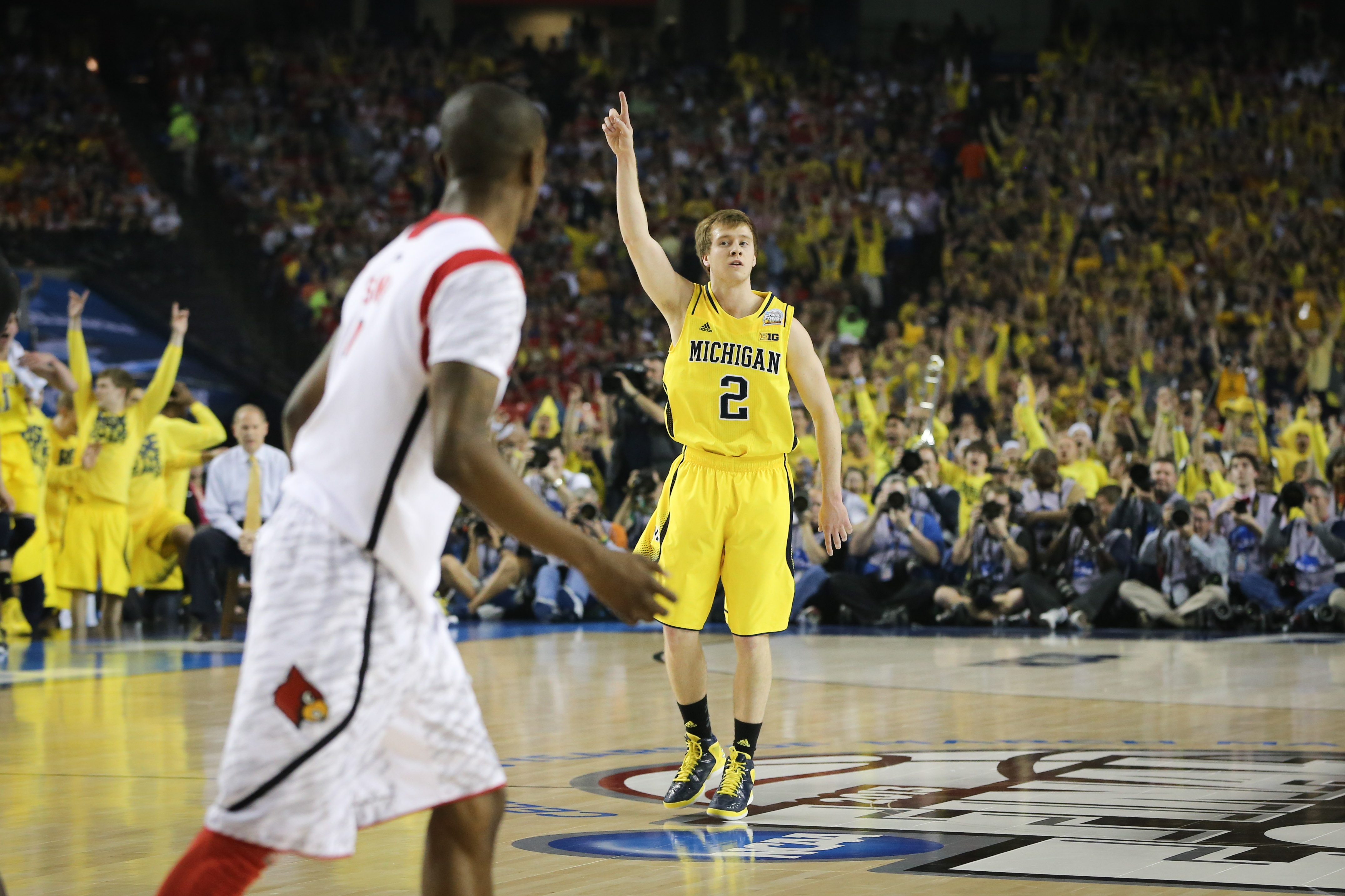 It’s been nearly six years now since Spike Albrecht set the country ablaze, pouring in 17 first-half points in the National Title Game, quite nearly willing his team to a national championship.

Much has changed since then.

On the court, Michigan and Louisville both have different coaches, each appearing capable of emulating the lofty standards set by their predecessors.

Albrecht, meanwhile, is back on the court after a brief foray in the corporate world as an assistant coach at Northfield Mount Hermon School. He has aspirations of one day becoming a college head coach. People frequently approach him, eager to relive their memories from that night.

“I’ve replayed it like a million times in my head — especially the first half,” Albrecht said Tuesday. “I’ve never watched the second half, don’t want to watch the second half.”

Tuesday night, as the top-ranked Cardinals and fourth-ranked Wolverines meet in a heavyweight bout — granted, with lesser implications than in 2013 — Albrecht will be among those watching from afar. He’ll root for Michigan. He, like most, is pleased with the early days of the Juwan Howard Era.

But will those jerseys bring about memories of threes raining from the ether? Will his mind drift to an elevated court in a football arena hundreds of miles away — to a time and place when he momentarily, fleetingly shifted the world of college basketball on its axis?

We’re extending our 50% off sale through Cyber Monday!

That means our best price ever on an annual subscription to UM Hoops — 50% off! — still stands. That’s just $24 for the whole year or $2 per month! Click here to sign up today!