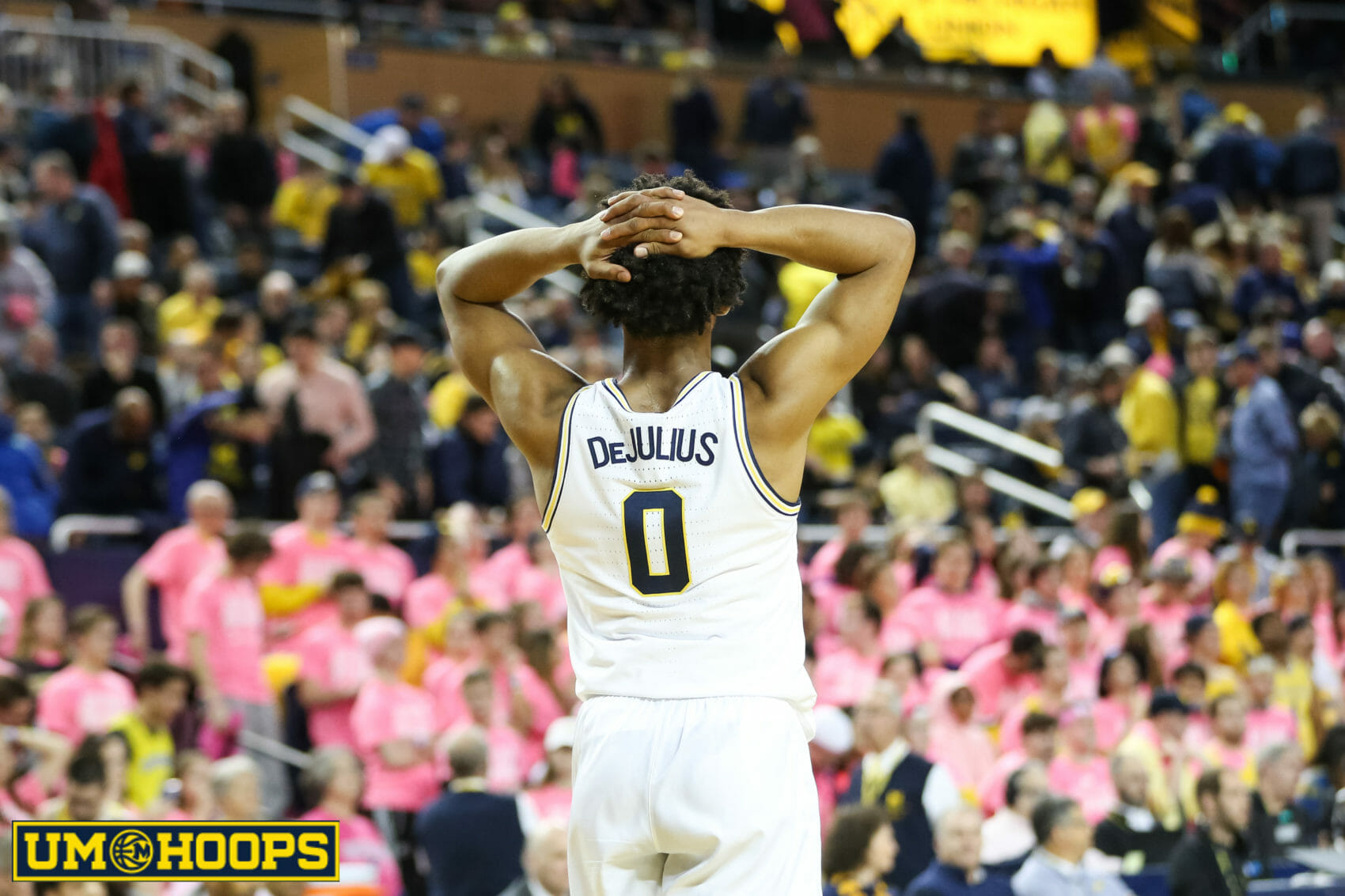 News of DeJulius’s plans to transfer was first reported by Josh Henschke of the Michigan Insider. The University of Michigan confirmed the news in a press release on Monday.

The 6-foot guard averaged 7 points, 2.4 rebounds, and 1.5 assists in 21 minutes per game as a sophomore last season. He played in 56 games during his two-year career at Michigan.

With the loss of DeJulius and Zavier Simpson, minutes at point guard are up for grabs next season. The Wolverines have a commitment from four-star guard Zeb Jackson and all have been pursuing a pair of graduate transfer point guards, Harvard’s Bryce Aiken — who has U-M in his list of finalists — and Columbia’s Mike Smith.

The Wolverines are also recruiting five-star shooting guard Josh Christopher as a playmaker in the backcourt.