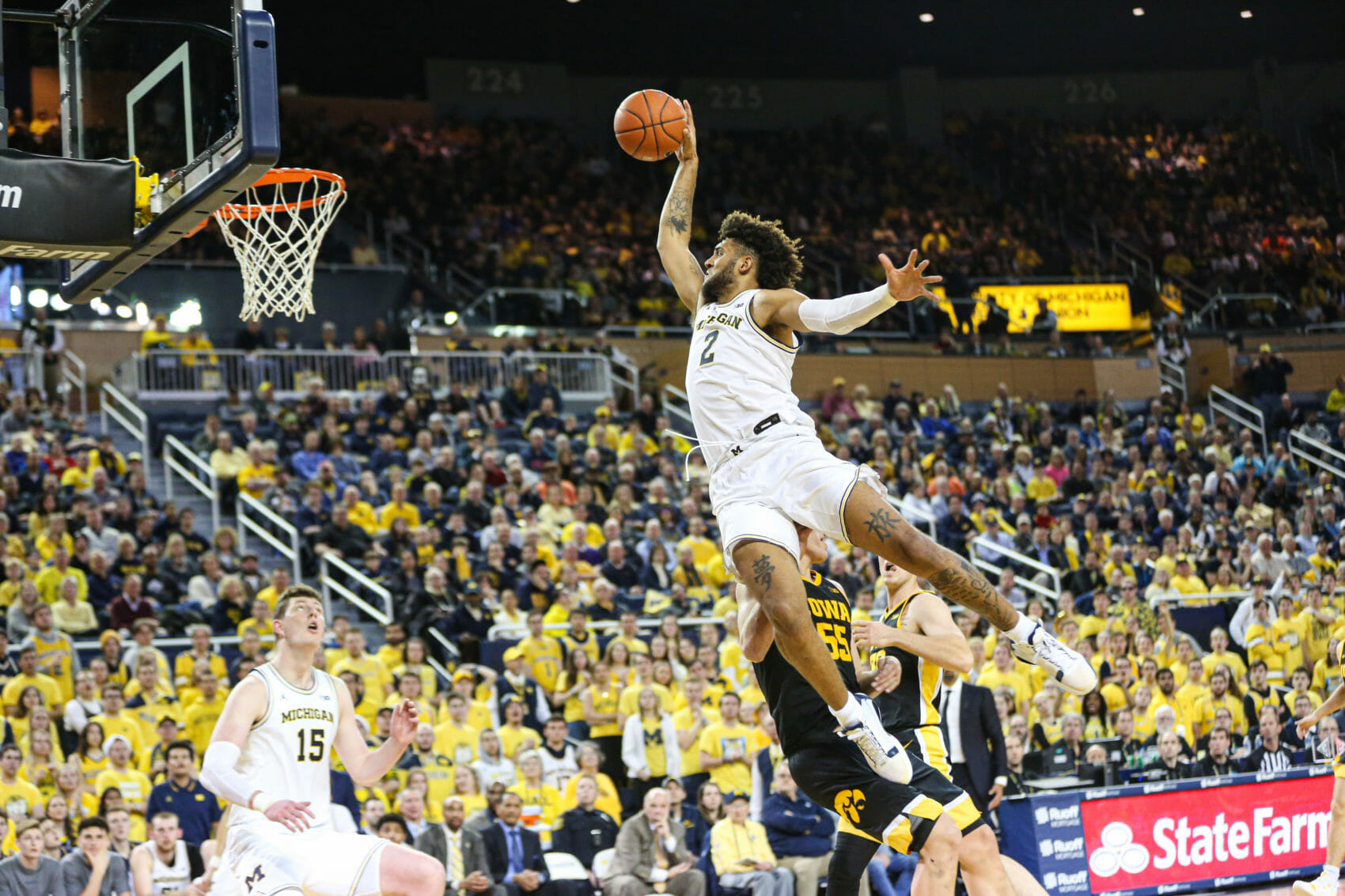 An integral piece of Iowa’s elite offense, Joe Wieskamp’s size and ability to shoot the ball propelled him to a stellar sophomore season in Iowa City. He averaged 14 points per game, second on the roster behind Luka Garza, while shooting 34.7 percent on 3s on 150 attempts. He was 12th in the conference in free throw rate and converted on 87.4 percent of his attempts from the line, which ranked second in the league.

Garza’s decision to return to school for his senior season should allow Wieskamp to continue to flourish as a junior. Garza will once again be the frequent focus of double teams and with plenty of other shooters on the floor for the Hawkeyes, Wieskamp should continue to get open looks from the perimeter. While he’s been on the fringe of the NBA radar over his first two seasons, a breakout junior year could put Wieskamp on a fast track to the association.

It has never been hard to see Aaron Henry’s talent. He’s 6-foot-6 with a wingspan pushing 7-feet and has been one of the conference’s best defenders for the last two seasons. Michigan State has racked up 54 wins and a trip to the Final Four during Henry’s time in East Lansing, but he’s always been a complementary piece.

He’s a skilled passer but he’s never been an overly aggressive offensive player and he was held to single digits in half of Michigan State’s 20 conference games as a sophomore. As a junior, Henry can’t lurk in the shadows and impact the game when its comfortable. Tom Izzo needs him to put all of that talent together and become a more assertive offensive player. The skills are there but it is difficult to project how Henry will adjust to significantly more offensive pressure. If he finds his comfort zone, he won’t be on next year’s list.

Michigan was a different team with Isaiah Livers last season. The Wolverines were 10 points per 100 possessions better with Livers on the floor and limped to a 5-5 record in the games he missed due to injury last season. His decision to return to school after testing the NBA Draft process greatly elevates Michigan’s floor. Livers is a proven 3-point shooter with size, an invaluable weapon in the modern game, and Juwan Howard will rely on him to shoot around 40 percent from 3-point range with volume and space the floor.

The big question is whether Livers can find another level offensively as a senior. To this point, he’s primarily played off the ball and the Wolverines relied on Zavier Simpson to create open looks. Without Simpson, Livers will be asked to handle the ball, facilitate the offense and create his own looks on offense — three things he’s rarely done during his first three years in Ann Arbor.

Williams was arguably the Big Ten’s best rebounder as a sophomore and one of the league’s most prolific scorers in the paint. The Chicago native out of Henry Ford Academy in Detroit posted the second highest usage rate of any Big Ten player in league play and made close to 50 percent of his 2s. He ranked first in the conference in offensive rebounding percentage and fifth in defensive rebounding percentage. He’s also a terrific passer out of the post and finished 14th in the league in assist rate.

So what are his potential areas for growth? Williams can continue to improve his conditioning in order to stay on the floor. He averaged just 21.5 minutes per game last season and with the departure of Matt Haarms (graduate transfer to BYU), the Boilermakers are going to need more minutes out of Williams. He also shot a putrid 47.9 percent on free throws last season and if that continues, Big Ten foes could take their chances with putting Williams on the line in crunch time.

Wisconsin was 5-5 before Micah Potter was eligible and 16-5 after he joined the rotation in late December. Potter’s offensive versatility was a gamechanger for a Wisconsin team that finished the abbreviated 2019-20 season as hot as any team in the country. The Badgers won their final eight games to claw their way to a share of the Big Ten title.

Despite an obvious positive impact on the Badgers, Potter only played more than 20 minutes five times in 21 games. Greg Gard will have to figure out the potentially clunky fit with Nate Reuvers. Potter only shared the floor with Reuvers for 206 of the 642 possessions that he was on the floor last year and the duo will have to play together more to reach their ceilings.

Potter is one of the best pick-and-roll players in the country and his size and shooting stroke should be a foundational piece for a Badger team with high expectations.