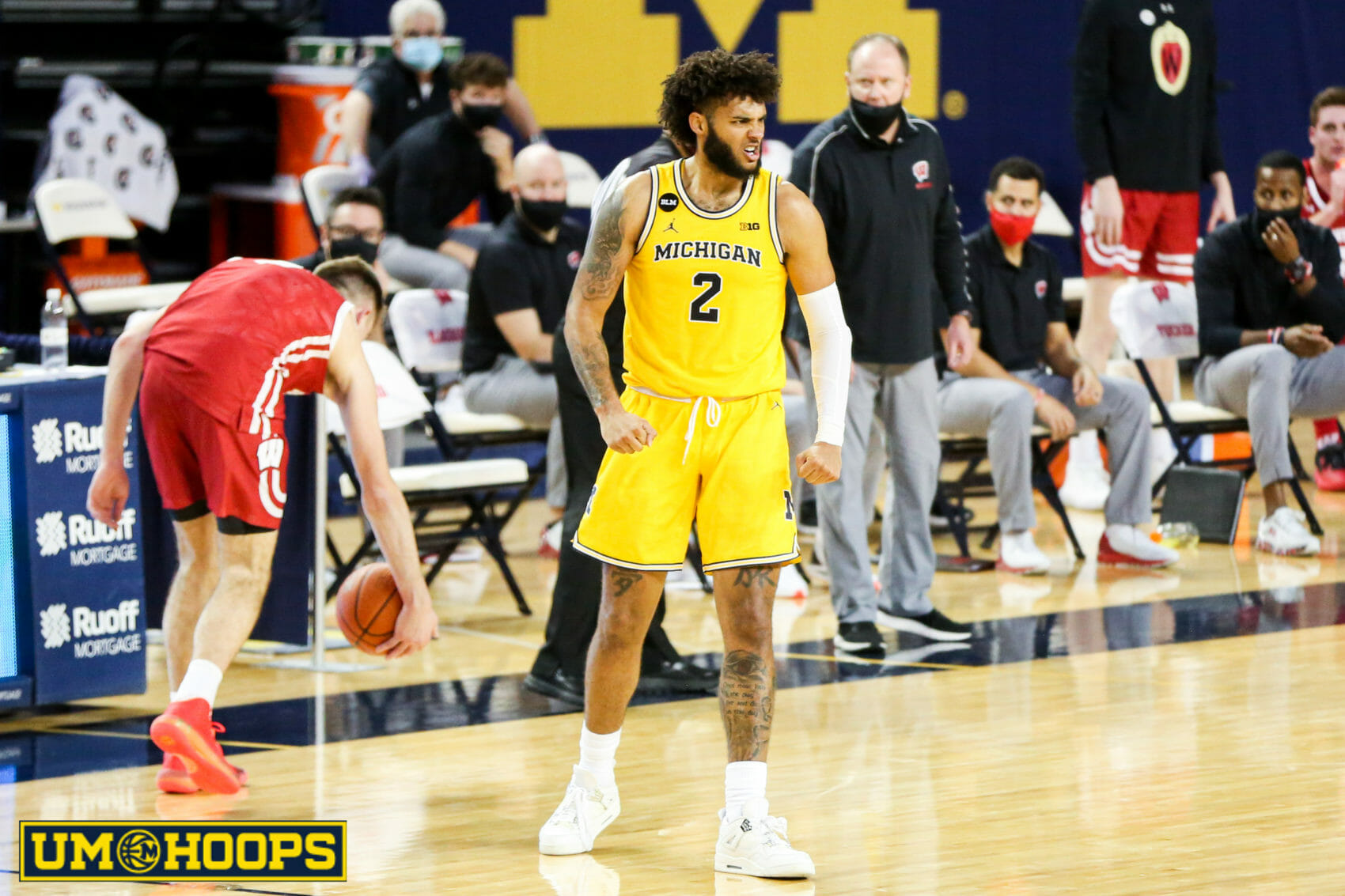 We’re officially past the point of searching for a test difficult enough that it will invalidate what Michigan has done this season. There’s no more downplaying how good this team is after tonight’s blowout win over the Badgers.

Good teams don’t do that to Wisconsin in a Big Ten game. They don’t impose their will against a senior-laden team that wins games because of their poise. How a team plays against Wisconsin is a measuring stick for its chances to win the Big Ten. Based on what we saw tonight, it’s hard to call Michigan anything other than the league favorite.

For the third game in a row, the Wolverines broke their opponents’ will to play with an extended run wrapped around the halftime break. The Wolverines closed the first half on a 14-0 run and opened the second half on a 14-2 run. The final 16 minutes were a chance for Juwan Howard to balance out minutes, get everyone in the rotation a scoring touch, and then empty the bench for the final four minutes of regulation.

This wasn’t a November buy game; it was a January home game against a Wisconsin team ranked in the top ten. And it wasn’t the first time we’ve seen the script; it was the third time in a row.

This team isn’t going to play this well every night for the next two months, but the goals are clear: win the Big Ten and make the Final Four. A lot of teams set that goal in the preseason; this team is good enough to accomplish it.