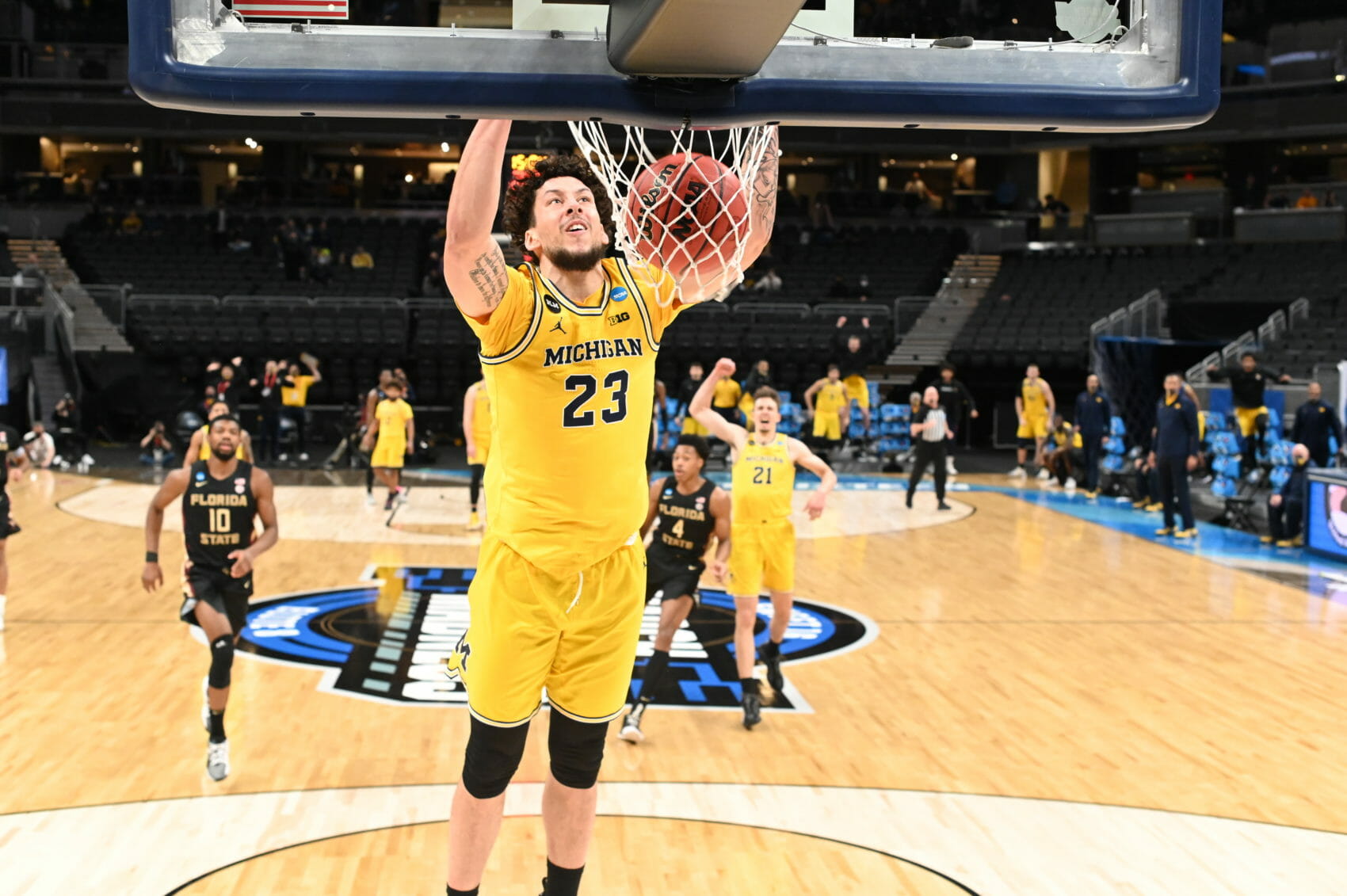 When the two teams showed up at Bankers Life Fieldhouse on Sunday evening, Michigan looked like it had spent the entire week practicing against the Seminoles. Florida State… didn’t.

This was a script that we’ve seen from Michigan in the postseason over the last decade, but this was the first time we saw it from Juwan Howard.

In his first NCAA Tournament as a head coach, Howard put together a coaching clinic. His team was ready for everything that Florida State threw their way, on offense and defense, from the opening tip. Michigan was in control of the game midway through the first half and never looked back en route to a 76-58 win that featured contributions from seemingly every Wolverine who touched the court.

From rebounding to turnovers to ball movement and transition, the Wolverines won seemingly every area of the game they would have spent the week talking about in meetings at their hotel. Every player who needed to step up for Michigan stepped up. It was a complete performance from a team out to prove that its best basketball is still ahead of it — even down a man.