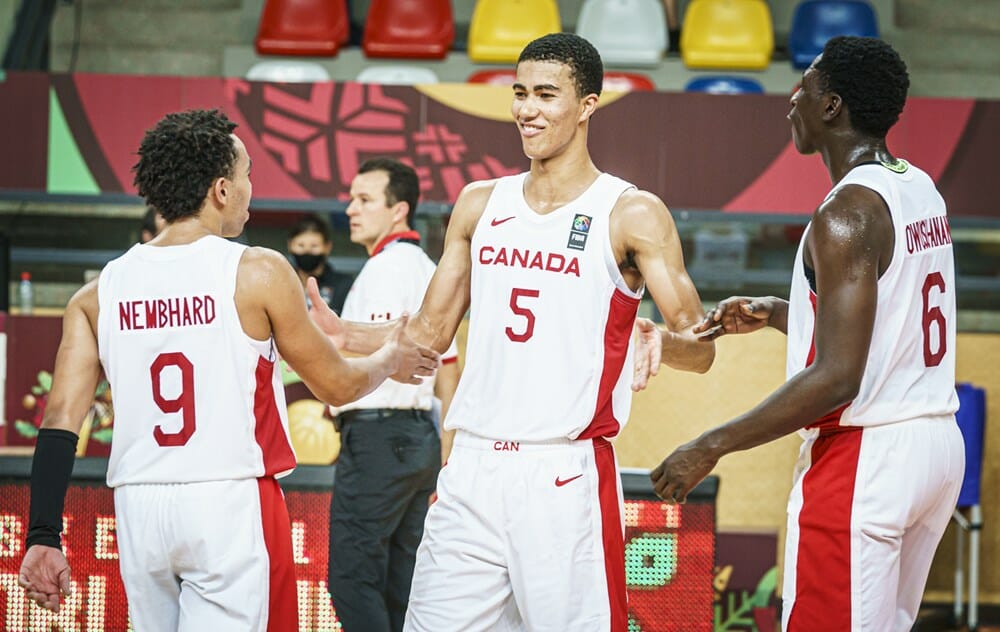 Maryland’s leading scorer last season, Ayala averaged 15.1 points per game as a junior and was a major reason the Terps returned to the NCAA tournament.

While his 3-point shooting has regressed from his freshman campaign when he knocked in 40.6 percent of his attempts, Ayala’s sturdy frame and physicality makes him one of the tougher guards to cover in the league. He shot 55 percent on 2s last season and had a free throw rate (FTA/FGA) of close to 40 percent. Ayala got to the line 124 times last season, which was easily the highest mark on the Maryland roster. He’s an excellent free throw shooter (83.1 percent) and his offensive role could expand even further this season with the departures of Aaron Wiggins (NBA) and Darryl Morsell (Marquette).

Houstan is the top incoming freshman in the Big Ten (ranked 10th nationally) and projected as a lottery pick in the 2022 NBA Draft by ESPN’s Jonathan Givony. He walks into a perfect opportunity at Michigan as a replacement for Franz Wagner and Isaiah Livers’ departing minutes on the wing. Houstan’s game is closer to Livers than Wagner, but he should step in as a starting wing in Juwan Howard’s offense.

Houstan has played high-level basketball throughout his prep career with both Montverde Academy and Canada’s national team, where he first broke onto the scene at the FIBA Americas U16 Championships in 2019.

His game doesn’t have the flash of some McDonald’s All-Americans but he is an easy player to fit into a college system. He has prototypical wing size at 6-foot-8, is an elite perimeter shooter and excels playing without the ball. Houstan led Canada to a bronze medal at the FIBA U19 World Cup this summer and started to flash more on-ball creation and scoring ability than he’s shown in the past, averaging 17 points, 5.7 rebounds and 2.4 assists per game.

As a junior, he averaged 14.9 points, 5.9 rebounds and 1.6 assists per game and helped lead the Scarlet Knights to their first NCAA tournament appearance since 1991. Harper Jr.’s size and versatility make him one of the best wings in the country.

At 6-foot-6, he’s a mismatch problem for smaller guards that he can either shoot over or bully around the basket. Harper Jr. shot 52.4 percent on 2s in Big Ten play. His 3-point shooting fell from 35.2 percent as a sophomore to 31 percent last season, but he still had six games where he made four or more 3-point attempts.

The transfer of Jacob Young to Oregon will free up some shot attempts on the Rutgers roster that will likely go to both Harper Jr. and Geo Baker, who is also returning after testing the NBA draft waters. If Harper Jr. can improve his consistency from the perimeter, he should once again lead Rutgers in scoring and have the Scarlet Knights in the mix for another NCAA tournament berth.

Williams attempted a shot on 36.7 percent of the possessions he was on the floor last year, the highest rate in the country. He isn’t just a talented low-post scorer, he’s also Purdue’s best passer (24.9% assist rate) and a fantastic rebounder on both ends of the court.

There are two things that hold Williams back compared to the rest of the league’s elite bigs. First, he doesn’t play quite as many minutes and is going to have to fend off fellow top-25er Zach Edey for extra playing time. It is hard to imagine Williams playing significantly more minutes as a senior given Edey’s continued development.

Second, Williams’ efficiency doesn’t quite match up to the other bigs. He shot 53 percent on twos and made only 50 percent of his free throws, dragging his offensive rating down to 104.8 on the season. For comparison, the four bigs in tomorrow’s post finished the year with offensive ratings of 107.3, 111.0, 117.9 and 114.2.

Williams’ usage rate can’t go any higher and the best case for the Boilermakers might be a situation where it ticks back closer to 30 percent, his efficiency creeps up and Purdue’s other options step up to carry more of the offensive load.

Curbelo’s passing flair is as fun to watch as any guard to come through the Big Ten in years. He led the Big Ten with a 38.9 assist rate in conference games and is in line to make a sophomore leap into the league’s upper echelon. Despite coming off the bench last year, Curbelo created more points per game out of ball screens (8.2) than any returning player in the Big Ten, per Synergy Sports.

While he has obvious upside, there are blatant flaws in Curbelo’s game that he needs to address. He has to cut down on his turnovers (25.4 percent turnover rate) and he has to prove that he can make a jumper consistently (5-of-31 from 3-point range as a freshman).

It is incredibly difficult to play point guard as a true freshman in the Big Ten, so Curbelo should be expected to improve on both of those numbers but Illinois will need him to as well. A year ago, he was a luxury option off the bench. Now, Ayo Dosunmu and Adam Miller are gone and Curbelo is going to be option 1A in the backcourt for Brad Underwood.

It helps to have Kofi Cockburn in the frontcourt and a couple of graduate students flanking him in the backcourt, but any best-case season for Illinois hinges on Curbelo cementing himself as the best point guard in the Big Ten.