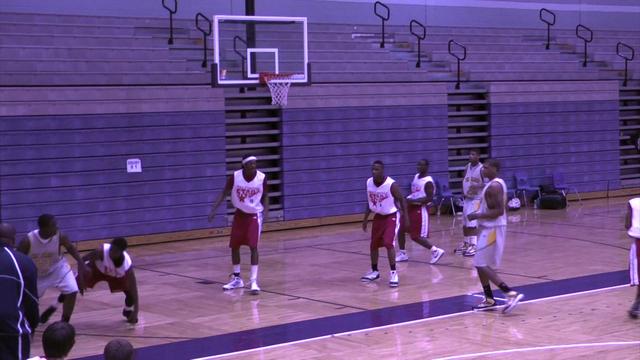 We will have plenty of coverage (both scouting reports and video) from the King James Classic over the course of the week but I wanted to post this video first.

We were debating skipping the Family’s 10:40 game on Saturday night and getting an early start driving home but we decided to stick around. Luckily Carlton Brundidge made the decision worthwhile, Brundidge scored 44 points in the nightcap and was simply unstoppable. The Ohio Running Rebels had no one that could stay in front of Brundidge and the fact that he was hitting his perimeter jumper was just icing on the cake.

The Family won the game and eventually made it to the finals on Sunday afternoon where they were knocked off by Ohio Basketball Club, 77-66. (Don’t hesitate to turn up the quality on this one, we gave the new HD camcorder a whirl down in Akron.)