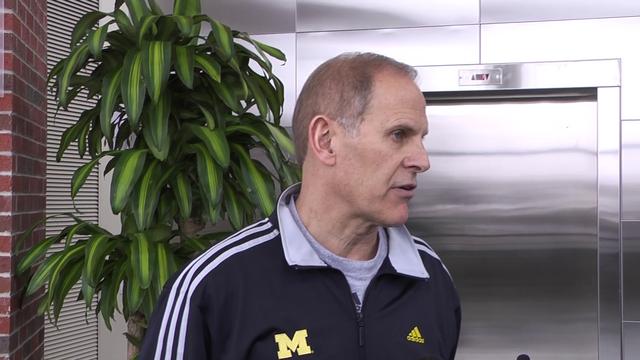 John Beilein met with the media this afternoon to preview Michigan’s final home game of the season. The Wolverines are a perfect 15-0 at the Crisler Center and will have their final test at 6:00 tomorrow night against Purdue. Here’s video of Beilein, followed by notes and quotes after the jump.