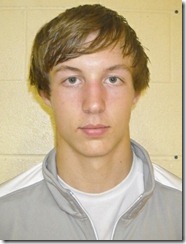 Michigan’s annual team camp tipped off on Friday afternoon and a number of familiar names were in attendance. Michigan commitments Derrick Walton and Mark Donnal both put forth strong performances with their high school squads but the headliner of the day was 2015 guard Luke Kennard.

Simply put, Kennard was the top performer on Friday at camp. The Franklin High School guard started the day strong, leading his team to a 61-58 opening win against Mark Donnal’s Anthony Wayne squad.

Kennard converted nine of his first 10 shots in the win, and finished with 33 points, playing all 40 minutes.

The versatile guard turned in an even better performance in his team’s next game against East Grand Rapids. Kennard started hot once again, scoring 26 points in the first half on 11-for-14 shooting. He finished with 37 points, and eight rebounds, nearly outscoring EGR single-handedly in a dominating 63-38 victory.

More on Kennard’s recruitment as well as other camp standouts after the jump.

Kennard scored 15 points in his last game of the day, a loss against Chandler Park Academy. He struggled from the floor, but still led his team in scoring and helped erase an 11-point first half deficit.

Kennard averaged over 28 points per game on Friday, scoring at will, and carried his team to a 2-1 record on the day.  Michigan continues to put the full court press on the talented guard while hosting him in Ann Arbor this weekend. This was the second year in a row that Kennard impressed at Michigan’s Team Camp and it was clear that the talented youngster caught Beilein’s attention on more than one occasion.

Walton scored 31 points on 12-for-17 shooting, and added four assists and three steals in a losing effort. The point guard took control when the game was on the line, and made clutch baskets as the clock wound down, and converted two huge free throws with under a minute left to take a one-point lead.

But Walton’s performance wasn’t enough as Anthony Wayne made a three-point field goal with less than five seconds left to win the game.

Donnal turned in a solid performance, scoring 17 points on 7-for-12 shooting. The 6-foot-9 center collected five rebounds and added three blocks, and also did most of his damage in the second half. He converted four of five shots, and scored 11 points after halftime, in a game that neither team led by more than five points.

Walton had a chance to win the game as time expired, throwing up a double-clutch 90-foot bank shot prayer that just missed.

Donnal and Walton impressed beyond their head-to-head match-up, showing off consistent improvement throughout the day.

Donnal’s footwork has gotten better steadily throughout the summer and he continues to play fundamentally sound basketball. He moves extremely well without the ball, and uses an impressive arsenal of moves in the post. He received noticeably more opportunities on the block with his high school team than we’ve seen on the AAU circuit. He scored 27 points in his first game, 17 in his second, and led his team to a dominating 42-point win in its last game of the day.

While Kennard was the most impressive player at camp, Walton wasn’t far behind. He averaged 19 points per game, and even when his shot wasn’t falling he still dominated the action. Walton played strong defense, found open teammates for easy looks and played smart basketball. One theme that’s developed while watching Derrick Walton this summer: he consistently elevates his play when his team is in trouble.

Jackson, a 6-foot-4 combo guard, can play inside and out, get to the rim, and hits the mid-range jumper with regularity. He’s a strong guard, who’s often matched up against smaller players, and uses his size to create his own offense.

Here’s footage of Jackson from his sophomore season at Crocket:

Look for much more from Michigan’s Team Camp in the hours and days to come.