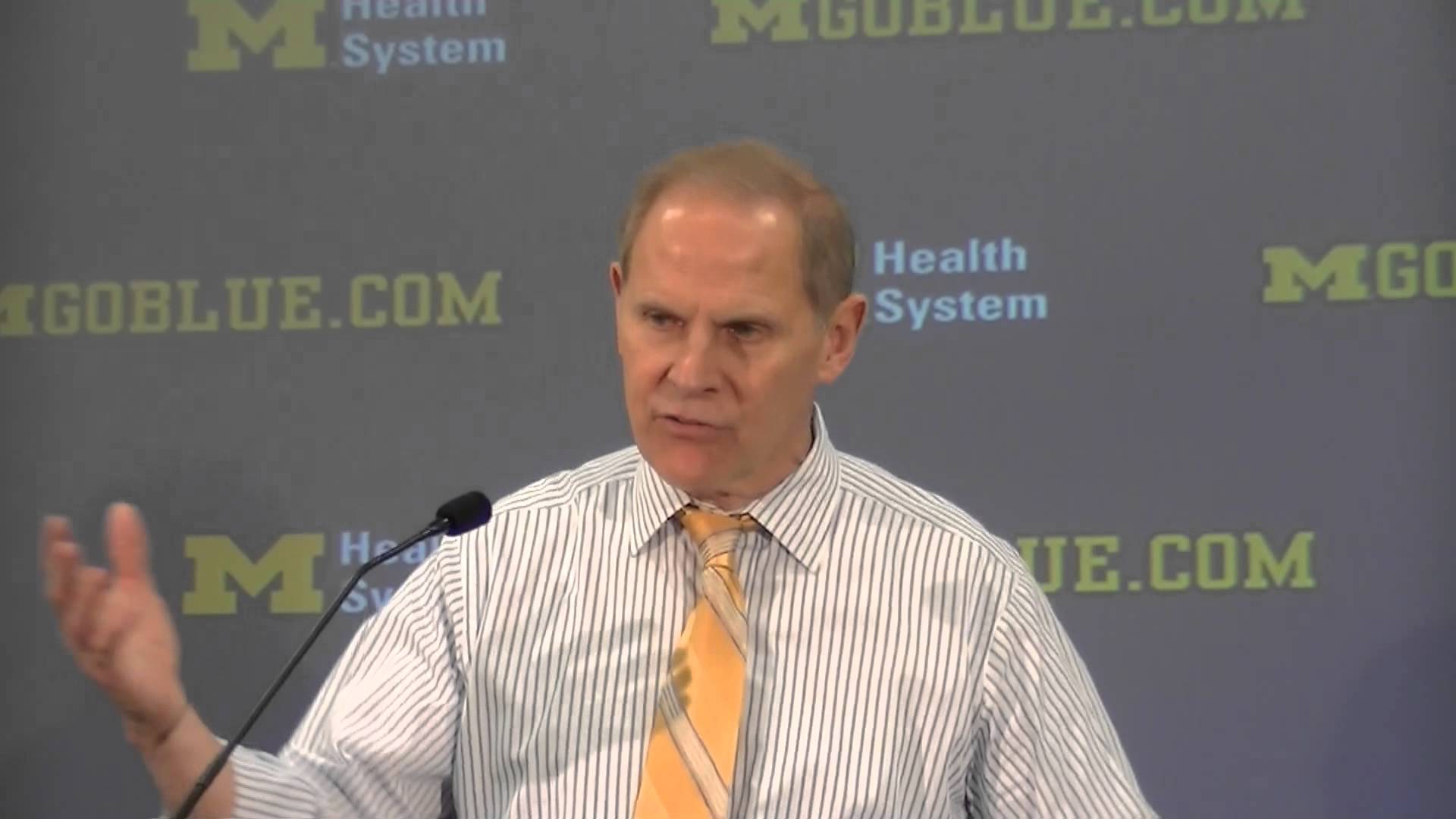 John Beilein spoke with the media during his post-game press conference after his team’s 80-67 victory over Arkansas. He addressed Michigan’s depth, with all five starters scoring in double figures, as well as the unique challenges Arkansas presented. You can watch using the embedded media player below or read selected notes and quotes after the jump.


Opening statement: “Much like last year, I think the speed of the game can wear you down a little bit. When we had to make choices during this game, whether to give in to fatigue or keep on fighting, we kept on fighting. We still limited their possessions, I’m proud of the way we played. They’re a tough team for us to match up with. We don’t see as much of that in the Big Ten, we saw a little of it with North Carolina State. I think Arkansas has the potential to be a very good team. I’m glad we came out on the top side of that one.”