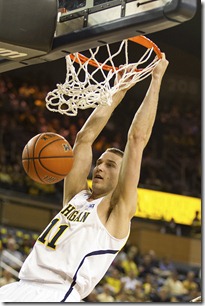 John Beilein spoke with the media Monday morning as part of the first Big Ten coaches teleconference of the year. The coach talked about overcoming the youth of his team, getting ready for Arizona on Saturday and much more. You can read notes and quotes from the interview below. (Photo: Scott Mapes)

Opening statement: “As everyone probably knows, we’re 6-3 and we’ve played a pretty challenging schedule. We have played really well on some occasions and then we’ve played some great opponents where we have to improve at some things in order to beat those opponents in what we saw in those three losses. We have a great opportunity this Saturday to play maybe the No. 1 team in the country, Arizona. We’re going to have a packed house at Crisler and we’re going to do our best.”