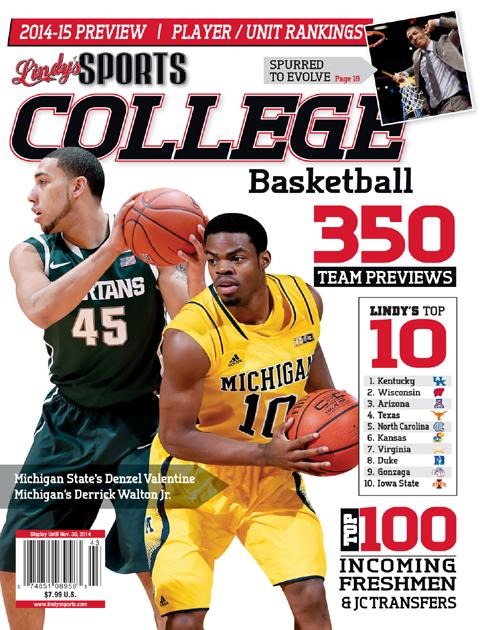 Lindy’s Sports has Michigan ranked 24th in its preseason college basketball preview magazine, but the Wolverines are picked to finish sixth in the Big Ten.

LeVert is projected on the 2nd Team All-Big Ten team with Walton making the 3rd team.

Kameron Chatman is listed as a Big Ten freshman that will “take you by surprise” while Caris LeVert is picked as the best NBA prospect in the conference.

Zak Irvin is recognized as one of 10 potential breakout players in 2014-15, a list that also includes Indiana’s Troy Williams.

The Big Ten is rated the second best conference in the country, trailing the ACC, and the predicted order of finish is: