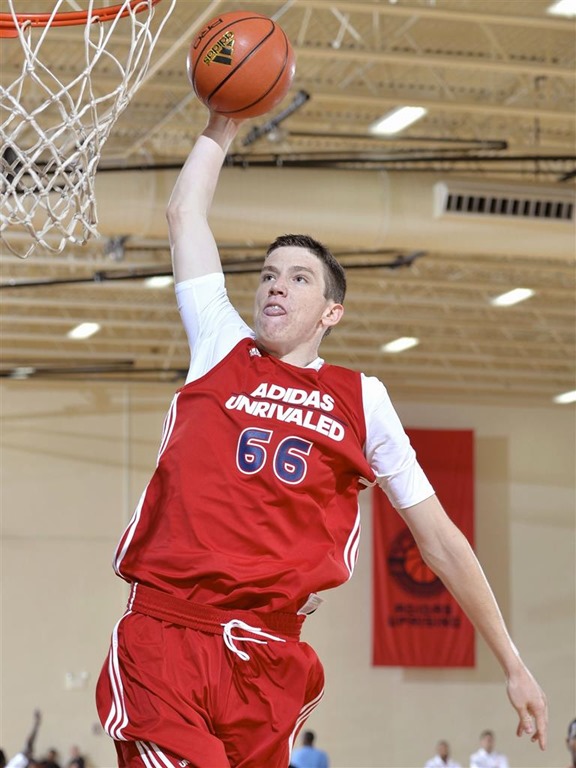 The fall contact and evaluation period begins today which means college coaches are allowed back on the road to conduct in-home and in-school visits. News that Michigan will be checking in on top-30 guard PJ Dozier on September 17th was reported yesterday, but several other in-home visits have also been announced.

Class of 2016 point guard Derryck Thornton Jr. will have a long list of observers as Kentucky, Michigan, Louisville, UNLV, USC, Cal, Arizona, UCLA, Duke, Oklahoma and Miami are expected at Findlay Prep to watch the five-star point guard this week.

Michigan will also join Arizona, UCLA, Florida and Xavier in checking out five-star forward TJ Leaf this week on the West coast.

Winston has made several trips to campus since he was offered on June 15th. The Detroit Jesuit point guard has also visited Michigan State, Maryland, Georgetown and Davidson this summer. Ohio State extended a scholarship offer to Winston in late August.

Bowen is the No. 7 player in the class of 2017 according to 247 Sports’ Composite rankings. The 6-foot-6 Saginaw wing has a versatile game and impressed throughout the summer with The Family’s U16 team. Bowen has strong connections to Michigan State (his dad mentored and trained former MSU standout Jason Richardson), but Michigan has done a good job of getting involved early in Bowen’s recruitment.

In other news, the 247 Sports Composite Rankings feed on our recruiting profiles should be fixed and up to date.