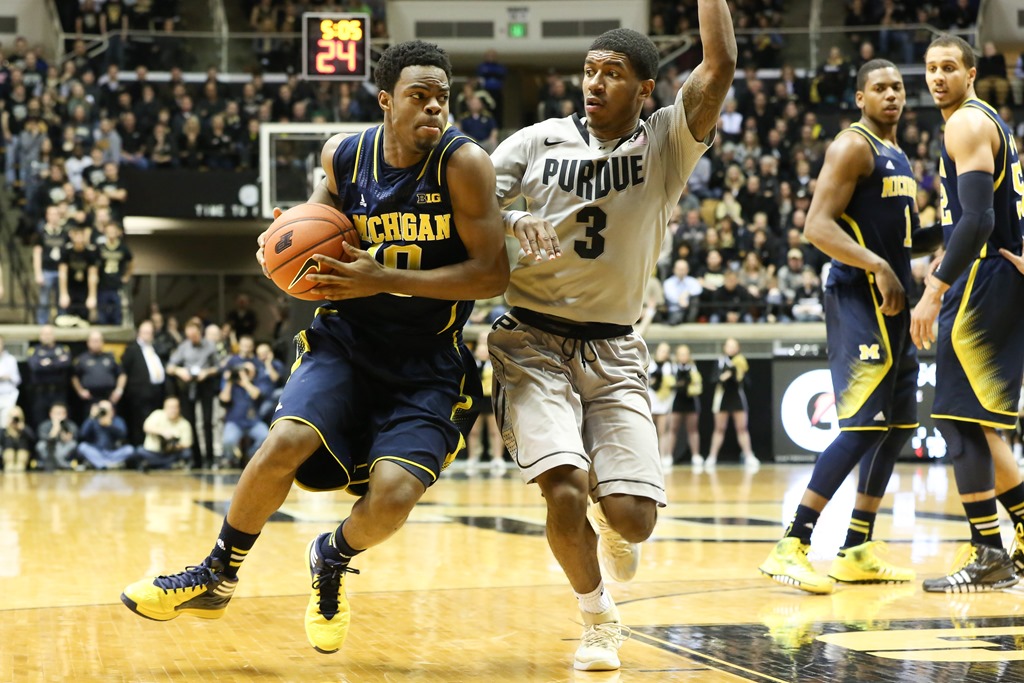 The last two seasons, the Wolverines have led the nation in adjusted offensive efficiency, operating at such a high pace in 2013-14 that they finished with the best recorded mark in Ken Pomeroy’s history. Michigan returns plenty of talent from last year, including preseason All-Big Ten team member Caris LeVert, Derrick Walton, and Zak Irvin. Plus, the Wolverines should see immediate offensive contributions from 4-star forward Kameron Chatman.

All told, John Beilein has said this may be his most versatile team since the coach arrived in Ann Arbor. With that in mind, we spent Thursday’s Big Ten Media Day asking some of the conference’s better players how to stop Michigan.

“Oh, man. I think one of the main things, you hope they miss shots. I think the way that they’re spaced in their offense is just so hard to stop. The reads that they make are so precise. If you help too much off of one guy, another guy is going to be wide open for a three. Our scouting versus Michigan, you have to really buy into what the coaches are saying.

“A team like Michigan, you’re going to have to run a lot of schemes. You can’t just play them straight up defensively just by how talented they are. The preparation, the scouting, the different wrinkles we put into our defense, you have to really pay attention and lock in before the game.”

“They’re a tough team to guard. They have shooters all around with Spike Albrecht, Caris LeVert, and Zak Irvin. When you have those three guards on the court, it’s hard to help off those guys, so it’s really a big, open driving lane for other guys to drive the basket and one-on-one posts.

“Easy, probably top-two [offense] in our conference, easy, because of how many shooters they have on the court. Easily one of the best offenses in the Big Ten. … Michigan and Wisconsin, easy.”

“I know they were [high-powered] in the previous years because they had a lot of shooters that could spread the floor a lot, and they really had good point guard play in Trey Burke. And Derrick Walton last year really picked up where Trey Burke left off. Being able to use the ball screen, they have shooters in corners and on wings, things like that, just being able to spread you out. It was difficult to guard, because they had a lot of good pieces and they had three NBA guys, so that’s good for a team.”

“On the offense last year, they had great spacing. That’s what I remember. Great spacing, great shooters, like Nik Stauskas, who’s not there right now. But they always have someone to fill the roles. They have a cutting offense, kind of hard to guard.”

“I just think attending to Caris LeVert, being able to guard him effectively. Being able to stop him from making playing, make him uncomfortable. Derrick Walton, being able to keep him in front of you so he can’t go around you and make certain plays and leave the other guys open. It’s about focusing, and being engaged in the game and get them as uncomfortable as possible.”

No. 1 until the season starts

“It’s difficult. It’s definitely pretty difficult. Every school’s out here recruiting for the top recruits. I’m pretty sure Michigan has guys that fit their system. It’s tough, but coaches seem to get it done. Michigan’s a great school.”