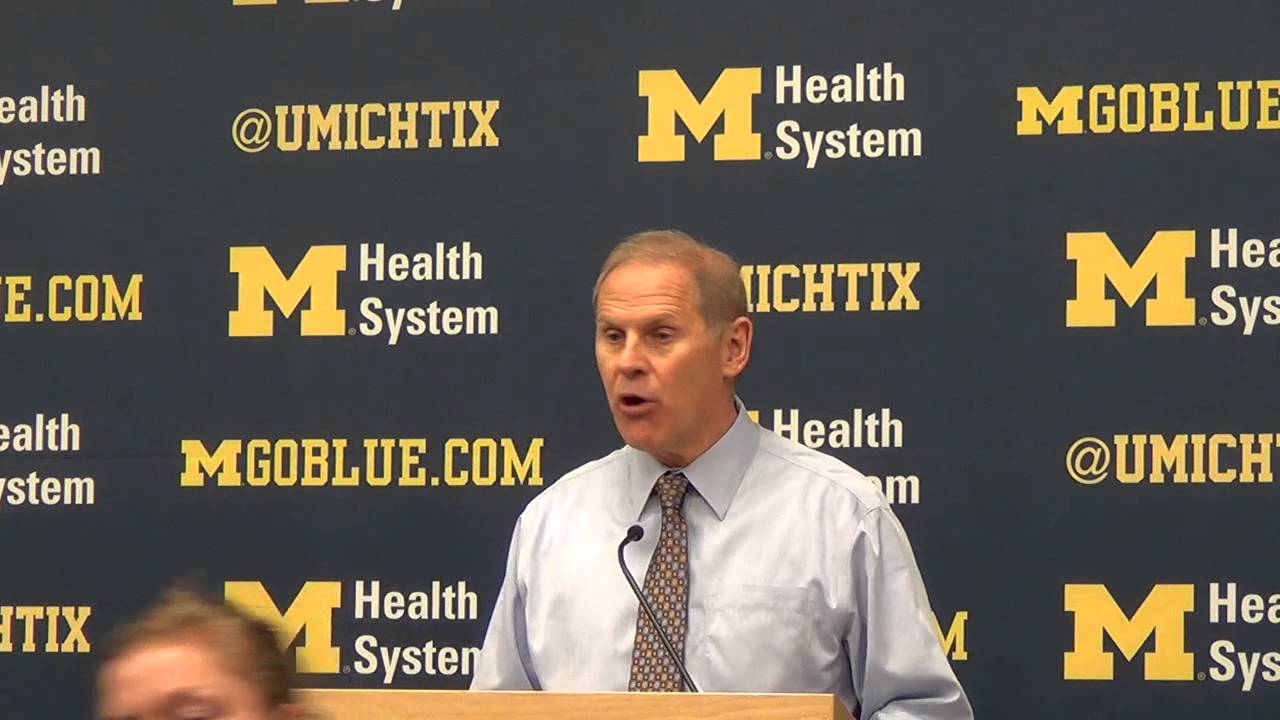 Michigan rode a 48-point first half to a 77-53 win over Bucknell on Monday in the first game of the Legends Classic. John Beilein wasn’t surprised by Max Bielfeldt’s 18-point performance, saying the senior center has been a “man-child” in recent practices. Watch Beilein’s postgame press conference in the embedded media player, and check out select quotes after the jump.

On playing Bielfeldt 16 minutes: “Here’s what happened: If you look at Max as a whole this year, we go to Europe and he would’ve had a great opportunity to play. But he could not play. And then he was not really in shape. He just made his sprints like maybe 10 days ago. He wasn’t in that type of shape, but he still wasn’t outstanding in practice. And then the last couple of days of practice, he has virtually been a man-child playing with our guys. He has just been very, very good.”

On offensive installation: “They’re sometimes great, they’re perfect with what they do. Maybe they miss the shot, or the ball slips out of their hands or they get a bad bounce. There’s other times that they’re just on tape delay, I’ve said for years. There’s that one or two seconds that, ‘Oh, what’s happening next?’ … That’s just slowing them down. But this is why, the other night, keep them in there; Max, you’re not going in. Today, just give them time, because it’s not pretty when they get time sometimes, but they’re getting better, believe it or not.”

On whether frontcourt plans change: “I’d like to see this consistently in practice over and over again. We know that that’s been the issue. … I think he had great confidence today. Sometimes, as a senior, that just happens. We’ll wait and see how it plays out. I won’t make be making any knee-jerk (reactions), but I assume he’ll be in the game with Detroit.”

On the Wolverines’ fast start: “I talked about that. I said, ‘We’re in a championship right now. We’re trying to win the Legends Classic. To do that, we need to win all four, I believe. Let’s get this first win. But champions don’t come out slow. Champions come out from the get-go.’”

On Donnal tap-back move for rebounds: “For some reason, some guys can do it very easily, and he’s become very good at it. That will really help us during the year. … It’s a thing Princeton did for years, and we’ve tried to do at different times when we’re smaller.”

On ball distribution: “There was a couple of plays there that were really good that we had step-in threes instead of guarded threes. When you have Derrick and Spike out there, now that’s not a big backcourt, but that’s a smart backcourt. … Zak Irvin now, he only shot it when he had it last year. Now, it’s a different deal. He’s seeing the floor, he’s doing some good things, he’s driving down the lane, kick it in the corner. There’s a whole development going on. This is what teachers love, is to watch it — although it’s painful sometimes.”

On Irvin’s two big nights: “I just want him to take open shots. He’s going to be a volume shooter, and he’s going to do it all year along. And I’m sure he’ll have great nights, and I’m sure he’ll have some nights where he wished he’d made more. This is the way practices have been; this is the way it was in Europe. He’s going to get a lot of looks. He has a Hardaway ability to get his shot off. And now we’ll continue to work to get him those shots.”