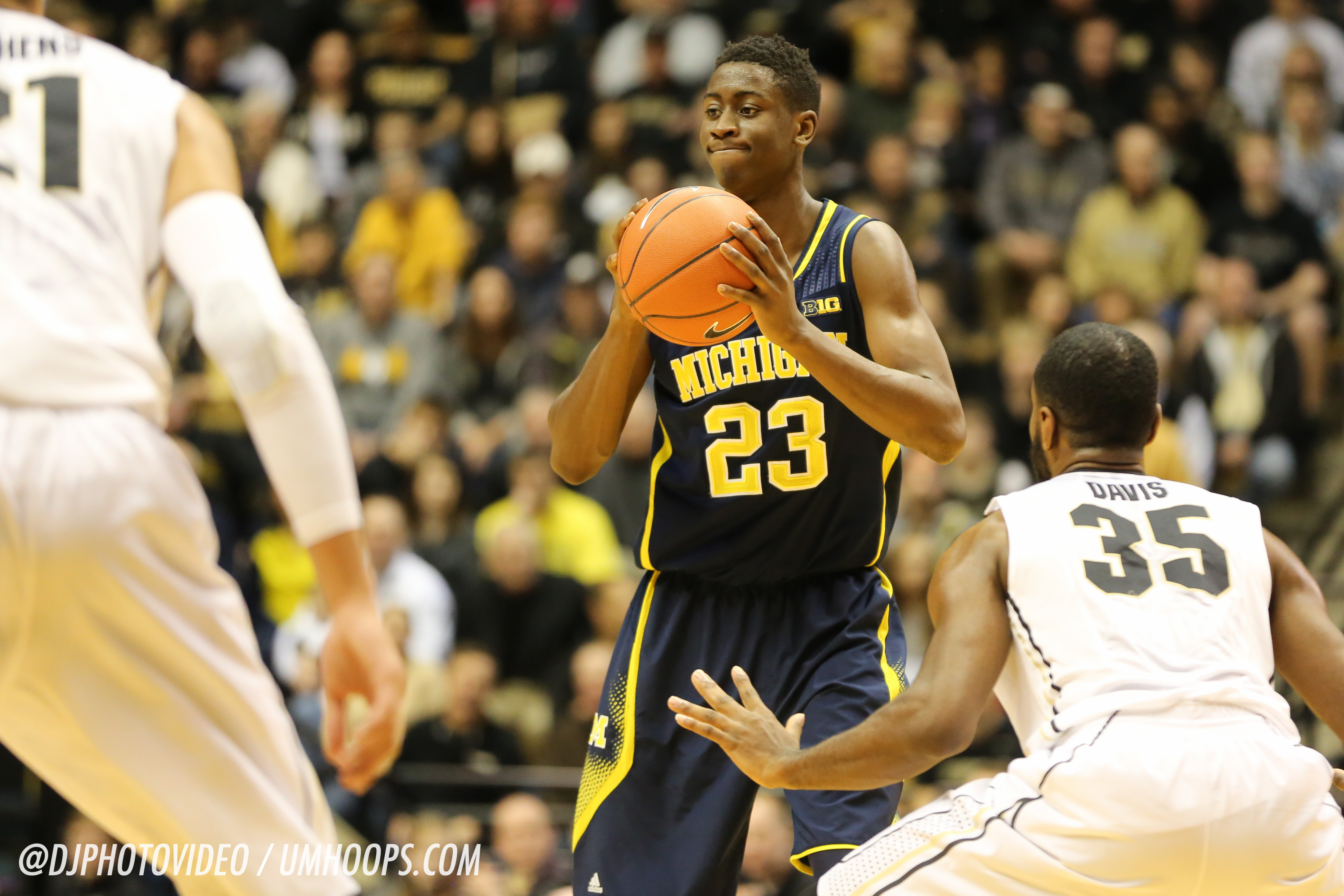 Michigan scratched and clawed its way to an eight point half time lead in West Lafayette on Saturday afternoon and looked like it had a chance to escape Mackey Arena with a critical road win. But in the second half, the offensive nightmares of mid-December returned as Michigan sputtered its way to a dreadful 18 points in 33 second half possessions.

Michigan scratched and clawed its way to an eight point half time lead in West Lafayette on Saturday afternoon and looked like it had a chance to escape Mackey Arena with a critical road win. Buoyed by three critical Spike Albrecht threes before halftime, the Wolverines played one of their better halves over the last month.

But in the second half, the offensive nightmares of mid-December returned as Michigan sputtered its way to a dreadful 18 points in 33 second half possessions.

The Wolverines made their first shot of the second half and then missed their next 13 attempts from the floor. By the time Caris LeVert finally found the bottom of the net with 6:37 to play the Boilermakers had turned an eight point halftime deficit into a six point lead they would never relinquish.

It was the sort of drought that was unheard of by Michigan over the past two seasons, but has suddenly become common place in 2014-15. The Wolverines just aren’t consistent on the offensive side of the ball and after featuring the nation’s best offense for two consecutive years, find themselves ranked 144th nationally in adjusted offensive efficiency.

The full game four factors graph doesn’t quite tell the whole story as this game shifted so dramatically in the second half. Splitting the performance into both halves shows just how quickly everything fell apart for Beilein’s team. The 56 to 23 percent eFG% drop was the most damning, as was Purdue’s domination of the glass and free throw line in the final 20 minutes.

Michigan’s offensive struggles all boil down to its inability to make two-point shots. The Wolverines shot 36% on twos  in the first half and just 16% on twos in the second – that’s 26% two-point shooting for the game. Purdue has a good interior defense, but it’s almost impossible to score points consistently when you can’t make a layup, score only two fast break points and are outscored 32-6 in the paint.

In the first half, the Wolverines hit enough threes to stay afloat, but those triples dried up in the second, as did Michigan’s offense to the tune of just .55 points per trip.

Purdue played great defense – Raphael Davis was in Caris LeVert’s face all game – but Michigan’s biggest opponent right now is itself. The Wolverines simply just can’t make shots – or even layups – and it’s clear that the recent struggles have rattled their confidence across the board and on both sides of the floor.

Defensively, Michigan played pretty well in the first half and held Purdue to just .83 points per trip. But the dam finally broke open in the second half as the Boilers scored 1.19 points per trip. Purdue overwhelmed Michigan on the glass in the second half (rebounding 42% of its misses) and grabbed 38% of its misses on the game. Purdue also 55% on twos for the game and AJ Hammons finally wore down Michigan’s interior (15 points on 6-11 shooting) defense, but he had to work for what he got. Together Haas and Hammons had six made field goals and seven turnovers. The Boilermakers only made 3-of-13 three-point attempts, but Kendall Stephens’ two second half threes were both critical.

Despite the horrific second half, Michigan was still in a position to have a chance at winning this game. With 6:37 to play, LeVert made a jumper to cut Purdue’s lead to just 4 points. It was really execution and hustle that cost the Wolverines down the stretch as they just couldn’t string together multiple positive possessions and weren’t sure where to look for leadership in crunch time.

It hurts to waste a solid first half on the road like Michigan did, but it seems the Wolverines are only really capable of playing solid basketball for 15 or 20 minutes at a time. Next up is another road test against a 12-2 Penn State team led by one of the Big Ten’s best guards in DJ Newbill.