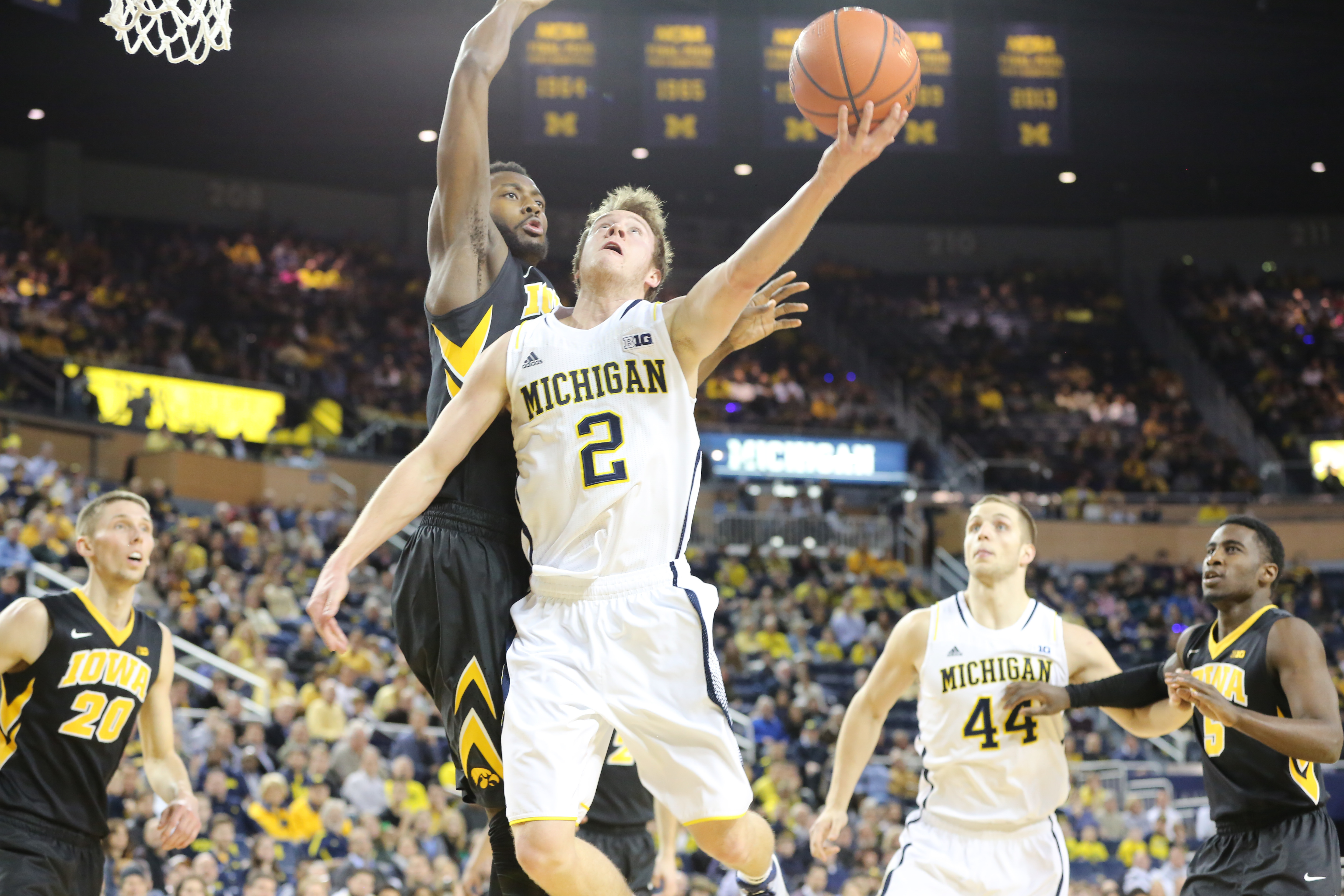 “We are scrambling just to find some ways to move forward as a program and still win the next game,” he said. “Some of it will work, but you just can’t sit there and do nothing.”

Winning on the road is difficult, especially at Assembly Hall, where Michigan has lost 16 of its last 17 games.

And it won’t help the Wolverines that they’re “scrambling” to improve this late in the season, according to coach John Beilein.

“We are scrambling just to find some ways to move forward as a program and still win the next game,” he said. “Some of it will work, but you just can’t sit there and do nothing and say, ‘OK, here’s who we are. This is all we’re going to do, and we may win some, we may lose some.’ We have to learn to adapt.”

Michigan couldn’t adapt quickly enough against Iowa on Thursday night. The Hawkeyes turned to a 2-3 zone midway through the first half and stuck with it the rest of the game, a tactic which surprised Beilein. The Wolverines, which hadn’t prepared to face the zone, had numerous empty possessions in which they couldn’t move the ball inside the three-point arc.

Like Iowa, the Hoosiers aren’t a good defensive team, but they rank sixth nationally in adjusted offensive efficiency.

“No one is playing like Indiana’s playing,” Beilein said.

But as the coach explained after Saturday’s loss, he has “run out of practice time” on occasion as he balances trying to make the Wolverines good at one facet of the game or simply average at several of them.

“That’s the dilemma,” Beilein said. “If you choose that one, and it doesn’t work, and you don’t have option B, you could really be in big trouble. However, if you have option A, B, C, D, E, you’re not good at any of them. That’s the challenge that we have in front of us.

“We’re trying to make it as simple as we can, but truth is, people don’t play simple basketball. They do have a lot of things going on that we have to adjust to.”

Ferrell averages 16 points and 4.7 assists per game, while Blackmon is among the Big Ten’s best freshmen.

“When you have a tremendous backcourt like we’ve had for several years, it put pressure on anybody,” Beilein said. “A guy like Yogi Ferrell is playing at a really high level right now. He can get seven threes in a game, or he can get 10 assists in a game. That’s Trey Burke-like.

“… They have other components now that give him more space. The big challenge is Muhammad, Spike, Andrew to stay in front of Yogi, and you still have other shooters to worry about. He’s got a lot of space to work with, a lot more than last year.”

And when Michigan and Indiana met at Assembly Hall last season, Ferrell scored 27 points on 7-for-8 shooting from deep.

“Last year, his seven threes were a huge difference in that game,” Beilein said. “I think we obviously could’ve won that game without that. And he has done that again.”

No break in foot for Walton, who could return this year

Derrick Walton’s sophomore campaign might not be done quite yet.

Beilein said he’s “very hopeful” Walton will be able to return to action this season. The guard doesn’t have a break in his foot and could play whenever the pain subsides.

“When he can walk pain-free again, then we’ll start looking,” Beilein said. “We’re doing therapy in the pool; we’re doing different things with him. We’re very hopeful that he can return at some point this year.

“There’s no break. There’s just been a reaction to how he was playing off that foot. We hope that in a week, or two, or three, he’s going to be pain-free. When he’s pain-free, hopefully he’ll be able to get back out there.”

Beilein said “it’s wait and see,” with trainers testing his mobility every three or four days.

“With him to continue to play in pain did not make sense for us, because further damage could be done,” Beilein said. “We want him to be healthy before he goes.”