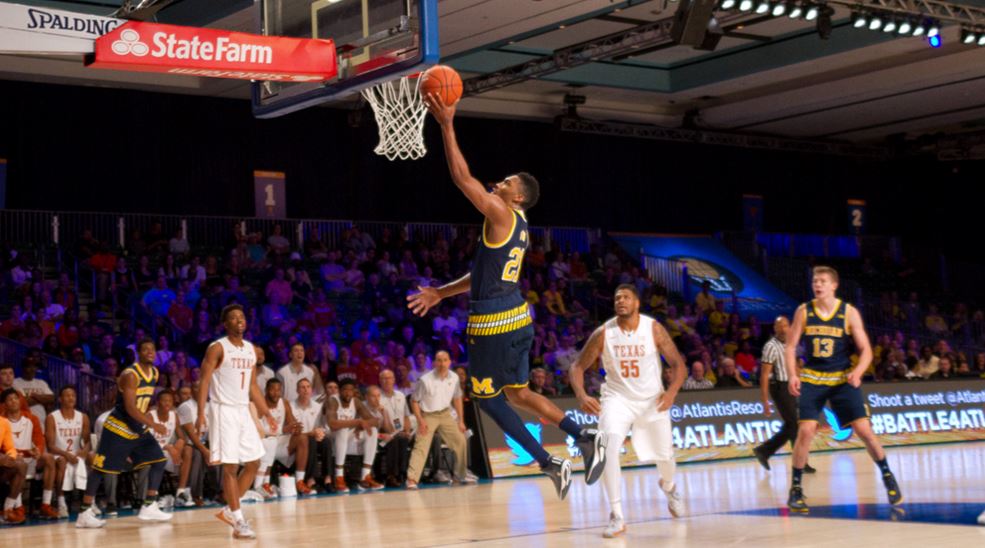 Michigan’s defense isn’t fixed, but the Wolverines found their swagger in the Bahamas this week.

Michigan’s defense isn’t fixed, but the Wolverines found their swagger in the Bahamas this week.

Basketball is a pretty simple game that comes down to making shots and Michigan’s shot-makers seemed to remember that they are capable of doing just that. The defense still has plenty of work to do, but the offense proved that it’s capable of being every bit as dominant as many hoped before the season.

Michigan scored over 1.2 points per possession against one high-major team last season: Rutgers. Texas has things to figure out defensively, but this was a top 35 effective field goal percentage defense and the Wolverines just torched it. Michigan’s 72 percent effective field goal percentage just surpassed its 71.4 eFG% at Charlotte and far surpassed anything that it accomplished last season shooting the ball. The Wolverines had a few turnover woes against the Texas diamond full court press, giving the ball away on 21% of their offensive possessions, but a timeout adjustment to Derrick Walton and Caris LeVert’s positioning seemed to cure some of those woes.

Derrick Walton was running the show in the first half with seven assists (all in the first 20 minutes), but eight different Wolverines scored (four in double figures) and 59% of Michigan’s made field goals were assisted. Michigan shot 65% on two-point attempts against an interior defense that was allowing just 39% shooting on shot attempts inside the three-point line.

Defensively, Michigan allowed Texas to manage a 59% effective field goal percentage — its best shooting performance of the season by a comfortable margin. But the Wolverines did a surprisingly good job on the defensive glass. Texas rebounded only 29% of its missed shots (its worst offensive rebounding game of the season) and the Wolverines matched it in second chance points at 7. Texas scored 30 of its 72 points in the paint, but Michigan managed 28 in the paint against the much bigger team. Michigan’s game plan was to force Texas to shoot threes (almost half of its field goal attempts were from long distance) to prevent giving up free throws and easy twos. The Longhorns made 11 of 12 shots at the rim, but only took 12 attempts at the basket — a win for Michigan overall.

Michigan did a good job of scraping down against Cameron Ridley in the post early on (he had three turnovers on the night), but the 6-foot-11 big man only had five shot attempts (making all five) on the night and the Longhorns seemed to go away from him for much of the middle portion of the game.

Sometimes things have a way of working themselves out. UConn beat Michigan and lost its next two games to Syracuse (the eventual Battle 4 Atlantis champs) and Gonzaga (arguably the best team in the field).

The Wolverines more than likely would have left the Bahamas with a 1-2 record if they had beaten UConn, instead they are 4-2 on the season and picked up a solid, if not spectacular neutral court win over Texas. That was a game that Michigan just had to have and it got a comprehensive effort from the top of its rotation (the original ‘big three’ combined for 44 points, 11 assists, 11 rebounds and four steals) down to the bottom (Mark Donnal came in and helped ice the game).