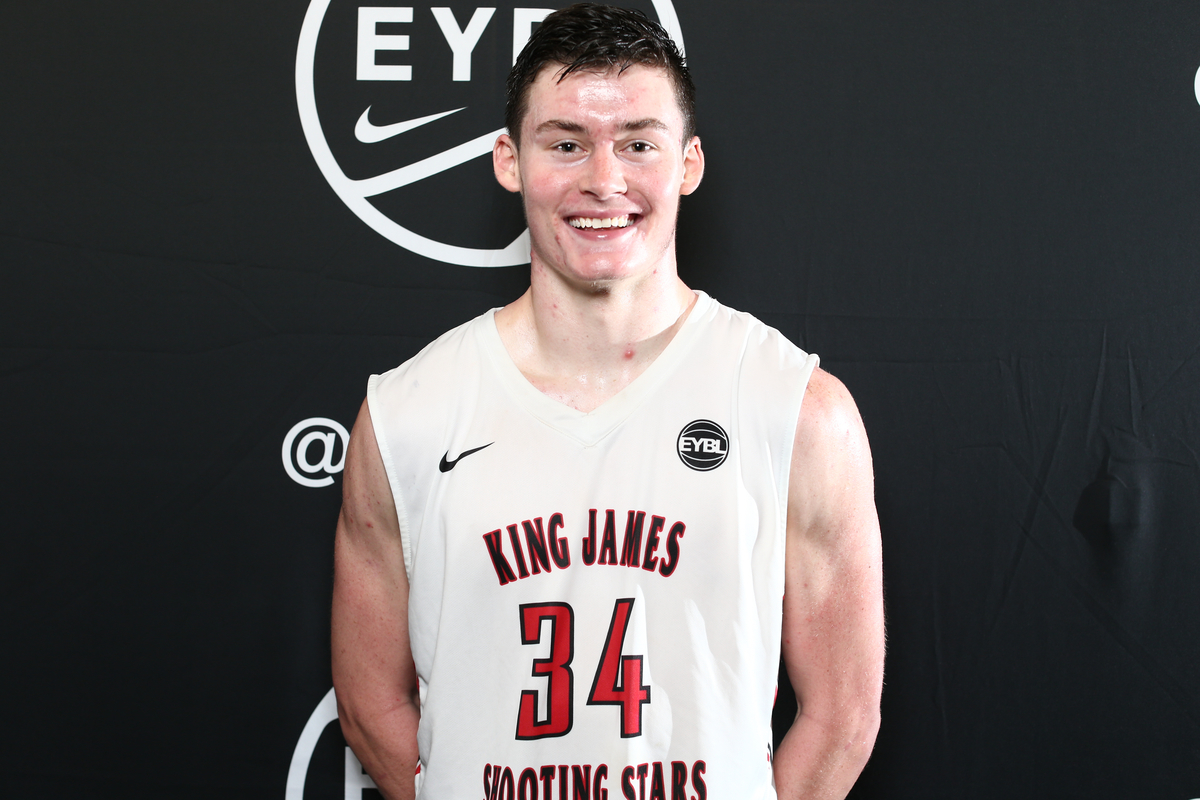 Four-star forward Kyle Young trimmed his list to five schools today and Michigan made the cut.

Four-star forward Kyle Young trimmed his list to five schools today and Michigan made the cut.

The Wolverines made Young’s final five along with Butler, Ohio State, Clemson and Purdue.

Young is ranked 80th nationally according to 247Sports’ Composite Rankings and the home state Ohio State Buckeyes lead in the 247 Sports Crystal Ball. He averaged 15.5 points and 8 rebounds per game for the King James Shooting Stars on the Nike EYBL circuit while shooting 37% from three-point range.

Michigan currently has commitments from Eli Brooks and Jordan Poole in the class of 2017 and the majority of its remaining focus appears to be on players at the three and four positions.