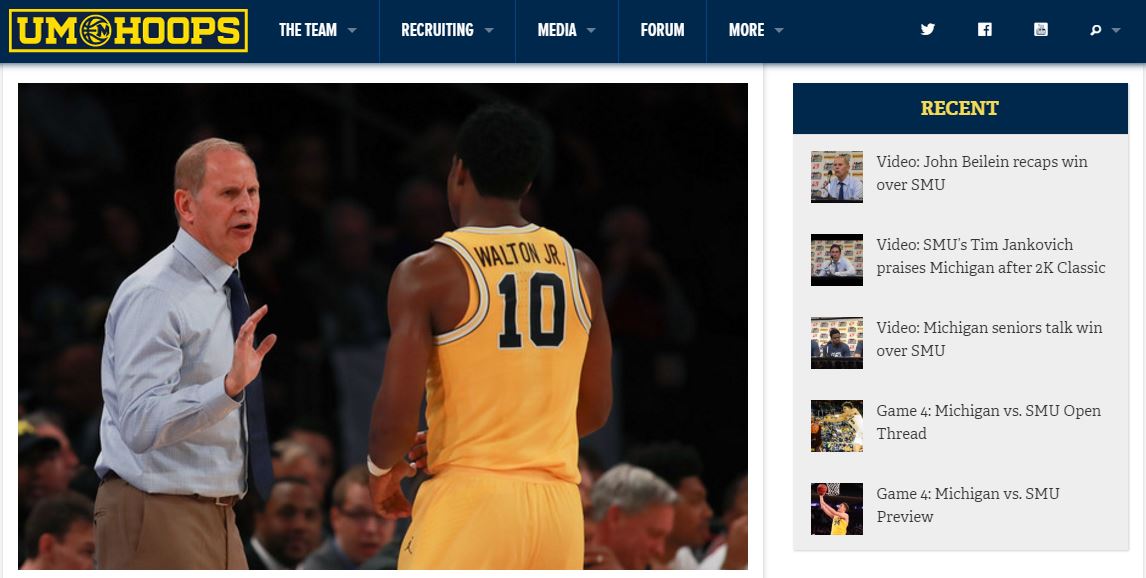 This will be our 10th season covering Michigan basketball here at UM Hoops. It sounds crazy, but 6,000 articles, six NCAA Tournaments and millions of pageviews later, here we are.

This will be our 10th season covering Michigan basketball here at UM Hoops. It sounds crazy, but 6,000 articles, six NCAA Tournaments and millions of pageviews later, here we are.

Operating this site for the last decade has undoubtedly been a labor of love, but the labor seems to grow every season as things like ‘real life’ and a ‘real job’ and the complications that come with both continue to get in the way.

Through everything, our mission has remained the same: provide the most thorough and complete Michigan basketball coverage on the internet. As the only outlet dedicated solely to Michigan basketball, we feel like we’ve done our best to accomplish that.

Times have been a bit more tough as a Michigan hoops-only outlet over the last couple years, but we’re confident that our coverage level has been sustained. Even as the football team has dominated the headlines and the basketball team has seen some mixed results on the floor. Here’s hoping that last week in New York has rejuvenated both the team and the fanbase moving forward for a year that could be more exciting than most expected.

We’re absolutely thrilled about adding both Andrew Kahn and Orion Sang to the team and think that you guys will love the coverage that they provide. The major support we received from our readers last year helped make this possible. We’re hopeful that the two-man beat staff could help us expand our offerings and are excited to try out some new things this season.

We plan to continue all of the features and coverage that you’ve been used to on a daily basis. Game previews, recaps, Five Key Plays, interviews, Big Ten Power Rankings, game stories, and every other kind of article that you’ve found here in the past will continue to make an appearance. We’re also pleased with the steady growth of our message board which has become incredibly useful for recruit tidbits and updates.

We’re also always open to feedback and new ideas, so if there’s something that you’d like to see, don’t hesitate to shout.

Many of you have contributed to the site in the past and we’re beyond grateful for your support. There’s no way that this site would still be running without your support over the years to help cover the cost of travel, web service fees, beat writers, long hours and every other expense that adds up running this site.

This year’s fundraiser will be managed through Indie Go Go and, similar to last year, we’ll be offering perks like t-shirts, mugs, framed photos and post sponsorships for donations at certain levels. Check out the various options by navigating to our fundraiser page and making a contribution.

Related Items:State of the Blog