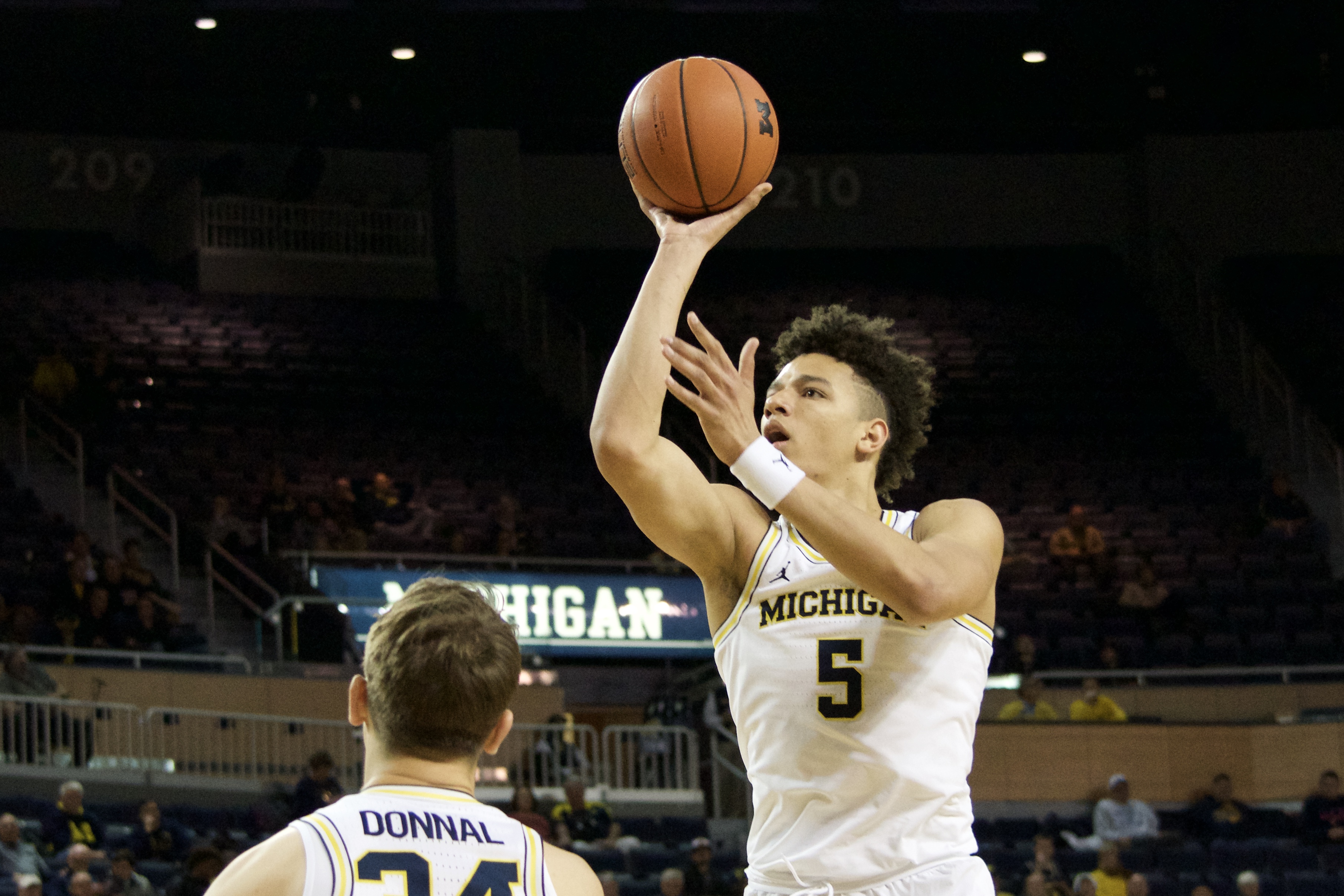 Iowa out-dueled Michigan on Saturday afternoon, handing the Wolverines another loss at Carver-Hawkeye Arena where they haven’t won in six years

Iowa out-dueled Michigan on Saturday afternoon, handing the Wolverines another loss at Carver-Hawkeye Arena where they haven’t won in six years

Michigan got a career performance out of DJ Wilson — 28 points, 14 rebounds and six assists — but it just couldn’t get enough stops or big shots down the stretch to escape Iowa City with a win.

The Wolverines trailed throughout much of the first half, failing to find any traction or consistency from three-point range, but managed to remain close. Trailing by just three at the break, Michigan was able to extend a modest lead in the second, leading by as many as seven points midway through the period. But Iowa fought back and was able to force the game into overtime where Big Ten Player of the Year candidate Peter Jok and freshman guard Jordan Bohannon were just too much for Michigan to handle down the stretch.

Michigan’s offense was very good despite some cold shooting early on. The Wolverines scored 1.17 points per possession, made 56% of their twos and hit 12 threes. That’s the kind of performance that should win you games 90% of the time, but the game isn’t play on one end of the floor. Michigan only turned the ball over on 11.3% of its possessions (it’s painful when you can remember every turnover, but it also means that you didn’t turn the ball over much), but it also couldn’t get to the free throw line.

There was a five or six minute span in the second half where everything was clicking for Michigan as it was grabbing defensive rebounds, pushing the tempo and finding open guys. The early penetration and kick game was great, but it was a fleeting moment and something that would be good to see more of going forward. Overall, the ball moved well (21 assists on 34 makes) and the offense did its job, the defense just couldn’t keep up.

The real story of this game is that Michigan’s defense wasn’t good enough to win a Big Ten game, let alone on the road. You can’t give up 1.22 points per possession and hope to beat people consistently. Iowa undoubtedly hit some very difficult contested shots, especially early on, but stops are the name of the game. We’ve spent weeks and months talking about Michigan improving defensively, but this wasn’t that. Michigan gave up 1.2 points per possession four times last year: vs. Xavier, vs. Michigan State, at Iowa and at Purdue — those games should all resonate as awful memories.

In the first half, the story line was Iowa’s hot shooting, but eventually Michigan seemed to wear down on the defensive glass. Iowa rebounded 36% of its misses and scored 15 second chance points (13 in the second half). Finishing those late defensive possessions not only would have resulted in more stops, it would have also give U-M’s offense better opportunities on the other end of the floor.

Michigan’s inability to close this game out — it led by 5 with 6:26 to play — is also troubling after the Virginia Tech debacle. Iowa made some big plays, but there were definite teaching moments down the stretch. Not getting a shot off at the end of regulation is inexcusable and the fact that DJ Wilson took Michigan’s last two three-point attempts, despite his hot start, is sub-optimal as well. Defensively, the inability to grab one or two more loose balls down the stretch or not try to cheat for a steal, might have made all the difference. Instead, Iowa hit the big shots and Michigan is 0-1 in league play.

One Big Ten road loss doesn’t ruin a season, but it’s tough to stomach the ones that are right there for the taking. There’s now significant pressure for Michigan to win its next two home games (Penn State and Maryland) before another top-100 road game at Illinois. The Illini, like Iowa, are ranked in the 70s and will be a tough out on the road, but that’s the kind of game that an NCAA Tournament team needs to win at least half the time.