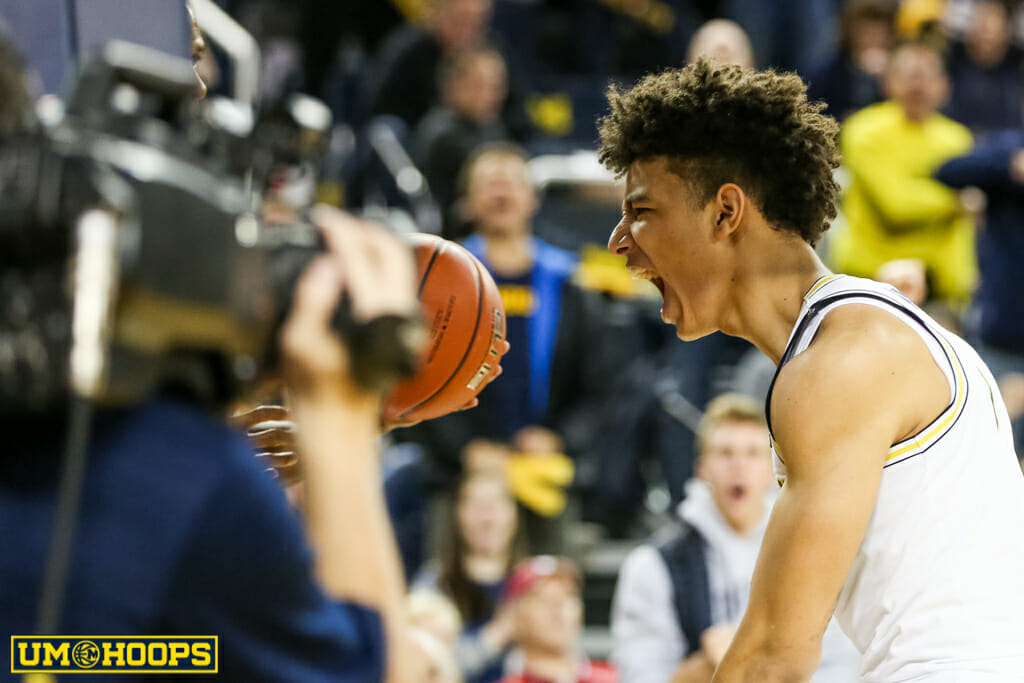 The Milwaukee Bucks were rarely — if at all — mentioned in the same conversation as DJ Wilson throughout the NBA Draft process, but his length makes him a perfect fit.

The Milwaukee Bucks were rarely — if at all — mentioned in the same conversation as DJ Wilson throughout the NBA Draft process. Other teams, such as the Utah Jazz and Brooklyn Nets, were more commonly linked to the former Michigan forward, who was projected to come off the board toward the end of the first round.

Come draft night, though, it was the Bucks who surprisingly took Wilson with the No. 17 overall pick.

At an introductory press conference, Wilson fielded a question about how much contact there had been between him and the Bucks during the pre-draft process.

His answer? Not much at all.

But given what Milwaukee general manager Jon Horst and head coach Jason Kidd had to say, perhaps it shouldn’t have been a surprise that the Bucks became enamored with Wilson.

Milwaukee — as one of, if not the tallest and lengthiest teams in the NBA — exemplifies the concept of positionless basketball. Led by star point forward Giannis Antetokounmpo and a bevy of similarly proportioned players such as Khris Middleton, Thon Maker, John Henson and Tony Snell, the Bucks are a nightmare to deal with on both ends of the court.

And Wilson, with an aptly-named Twitter handle of @Lanky_Smoove and a wingspan of 7’3” to go along with his 6’10” frame, fits just right in with Milwaukee’s roster, which has seven players with wingspans over 7 feet.

“You talk about a young man who can play two positions today and at some point I think he can play all positions,” Horst said. “Tremendous length, tremendous athleticism. A skill set that’s going to allow him to get up the floor right now and be able to shoot the ball.”

Added Wilson: “I think just the Bucks organization, they’re just home to versatility, and that’s something I bring on both ends of the court.

“That’s really where the lanky part comes in,” Wilson quipped about his nickname when asked about his length. “Just with all the length and versatility, having the ability to affect with our length on both ends of the court, it’s definitely appealing, so I can’t wait.”

In Milwaukee, Wilson will be asked to do some of the same things he encountered at Michigan. For one, he’ll have to gain strength and weight — a process that he underwent through the first couple years in Ann Arbor. On the court, Wilson will most likely match up with the opposing team’s power forwards while defending high-ball screens and incursions into the paint.

On the other end of the court, though, is where Wilson’s role may differ. If Kidd’s comments Monday were any indication, Wilson may be even more involved in his new team’s offense than he was at Michigan.

“You can see him starting the offense. Again, we talked about the fit of the DNA. He has the blueprint of Giannis and Thon in front of it,” Kidd said. “I’m not going to tell (Wilson) not to bring the ball up. We want to see him at his best and he can find guys, he can shoot it, but we want him to be a basketball player. That’s the plan (for) this summer, and to prepare him for the marathon once the season starts.”