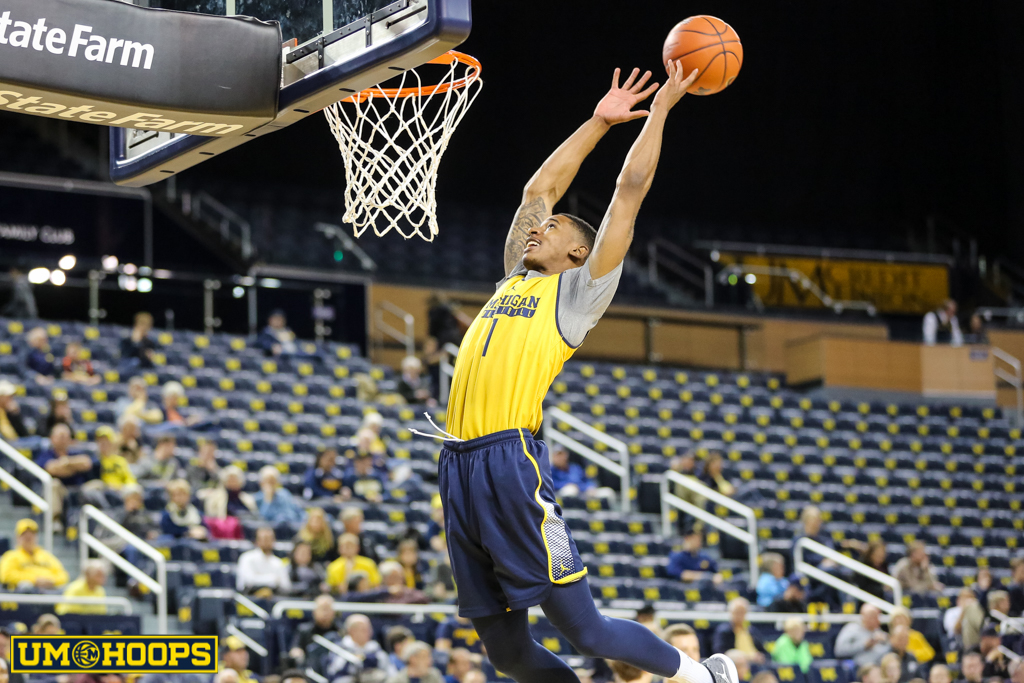 There’s an old expression often used in football: ‘The backup quarterback is the most popular guy in town.’ Perhaps a similar phrase could be coined for Charles Matthews, the oft-praised redshirt sophomore wing on the Michigan basketball team.

Matthews has yet to play a minute at Michigan, but that lack of game experience hasn’t derailed the train of hype that has followed him ever since he arrived in Ann Arbor. Now, after sitting out a full season, Matthews is expected to be a significant contributor.

The question remains: what is Michigan getting in its prized transfer?

One of the few people who has gotten a glimpse of Matthews at Michigan is John Beilein. And if what Beilein has said comes to fruition, he might have his next playmaking wing.

“(Matthews) does things in practice that we haven’t seen since (Tim Hardaway Jr.),” Beilein told The Athletic’s Brendan Quinn in February. “He’s probably a combination of Hardaway and Glenn Robinson III. That’s a good combination to have.”

Beilein was asked once again about Matthews last week, and while he complimented Matthews, his answer might have revealed the biggest difference between Matthews and Hardaway or Robinson.

“Right now I think his defense will be the biggest positive addition to the team, whether it’s deflecting balls, blocking shots, running through passing lanes,” Beilein said. “He’s very bright. We used to try and trick him last year with plays that had been run all the time and then counter, and he’d be sitting on it more times than he wasn’t. So that’s the biggest area.

Hardaway and Robinson were both athletic, yet remained mostly unable to translate that into their defensive play. Matthews may not possess the same offensive talent or shoot the ball as confidently — in limited time at Kentucky, he attempted just four 3-pointers. His defensive ability, though, would go a long way in papering over any flaws on the other end of the court.

With Duncan Robinson and Moritz Wagner the presumed starters in Michigan’s frontcourt, the Wolverines may need a defensive stopper on the wing — especially without DJ Wilson’s shot-altering ability down low. Matthews would appear to be the best fit. Whether he proves to be a legitimate offensive playmaker could determine whether he becomes one of Beilein’s most successful projects.

His role in the offense might be the most interesting storyline to follow this season. There are so many questions to answer about his offensive game — Is he a legitimate shooting threat? Can he play out of the pick and roll? — that his role could play out any number of ways. The easiest to envision is a Manny Harris-like role slashing from the wing, but he also could settle into a baseline cutter role similar to Glenn Robinson III.

Quotable: “Charles has terrific potential at Michigan. He has great length, athleticism, scoring ability and a desire to play defense. He has the versatility to play small forward or guard and defend any of those positions. With this redshirt year, Charles will be working a great deal on skill development as well as gaining weight and building his strength. Charles has a very bright future, and we are excited to work with him.” — John Beilein (7/1/16)

Best-case scenario: A year under Beilein’s tutelage leaves Matthews with a more complete skillset, and he becomes a legitimate scoring threat. He starts every game and is a reliable two-way player whose defense helps to make up for any of Michigan’s deficiencies down low.

Bottom line: Matthews is one of the more intriguing players on the roster. He may be the rare case of a player who possesses both a high floor and high ceiling. At the very least, he’ll be a capable defender who may continue to struggle shooting the ball. Significant improvement on offense, though, could give him a shot at reaching the next level.