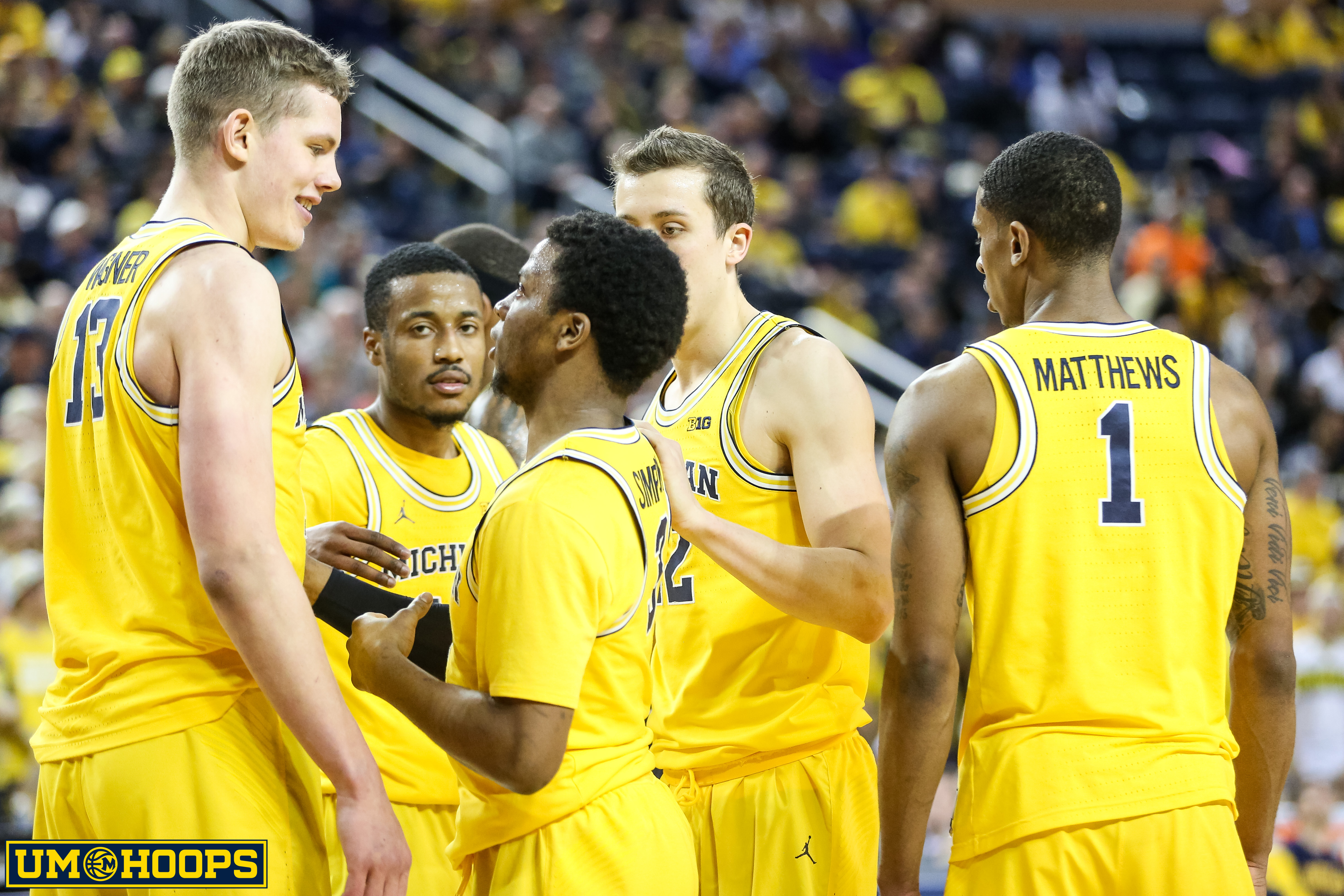 “I feel like it’s something you have to pick up,” Poole explained. “You know about it, but once you really buy into it, you look at it as a different approach. ‘Alright, I gotta play defense.’ Now it’s more like, ‘Yeah, I get to play defense, I’m about to come down and get a stop. Once your approach changes, it gets better and easier.”

For the freshman wing, the reason why Michigan’s defense has been improved this season is simple: a change in mentality.

The Wolverines rank 24th nationally in defensive efficiency. They have the nation’s best transition defense. Perhaps more so than in any other year during John Beilein’s tenure, Michigan — even with its beautifully complex offensive system — is grinding things out.

Friday afternoon, Poole spoke about adopting a mentality that has been conducive to his team’s defensive success.

“I feel like it’s something you have to pick up,” Poole explained. “You know about it, but once you really buy into it, you look at it as a different approach. ‘Alright, I gotta play defense.’ Now it’s more like, ‘Yeah, I get to play defense, I’m about to come down and get a stop. Once your approach changes, it gets better and easier.”

For Poole himself, there wasn’t much of an adjustment. Thanks to his high school coach, he already knew the merits of playing hard on both ends. Of course, things didn’t come that easily for the freshman — he said that recently his defense has “picked up a lot,” and that he feels a step ahead and more comfortable.

But team defense is a group effort. Poole says he has seen many who share the same mindset — “a lot of guys who want to get stops now.”

“At the beginning of the year, everybody knew that we weren’t the toughest defensive team or something like that, but obviously we feel like we’re a really different team compared to the other teams,” Poole said. “So we wanted to make a statement on defense, and that’s been a huge point of focus since the beginning of the year, and I feel like we’re really starting to buy in and it’s all starting to come together.”

Part of it has stemmed from a less efficient offensive unit. Michigan can’t outgun teams like it might have done in other years. Sometimes there are long scoring droughts, plenty of which have taken place recently. That means the Wolverines have to simply buckle down on defense if they want to stay in the game when the offense runs dry.

A coaching staff that consistently focuses on defense figures to help, as well.

First-year assistant coach Luke Yaklich has brought a similar approach Billy Donlon did last year, while John Beilein said the Wolverines continue working to improve what may seem like an already solid defense.

That includes making sure Poole and freshman forward Isaiah Livers aren’t overwhelmed and can “continue to grow.” It also includes shoring up the post defense of junior forward Moritz Wagner, who is currently the worst post-up defender in the conference and second-worst across Division I by allowing four points per game off post-ups on 1.04 points per possession.

When asked what specifically he has been working on in regards to his post defense, Wagner’s answer was simple — ”just being more competitive.”

The junior understands that most big men will take advantage if given position inside.

“The less the ball comes into the post, the less you have to guard it — especially against good players,” Wagner said. “Obviously a lot more convenient if you don’t even have to guard it, so you try to not let it in there, especially in college against all these good players we have in this league. But yeah, stay solid, know your personnel, what are their tendencies, and be smart.”

Wagner’s post defense will be key against Minnesota in Saturday afternoon — especially as he figures to occasionally draw Jordan Murphy, who is in the 84th percentile as a post-up scorer and passer, with the Golden Gophers’ starting center Reggie Lynch suspended.

Of course, no one is mistaking the Wolverines for the Bad Boys or Tony Bennett’s Virginia teams. Yet the contrast between this team and those from past years is stark: Michigan has a new approach to defense, and its one that has made all the difference.