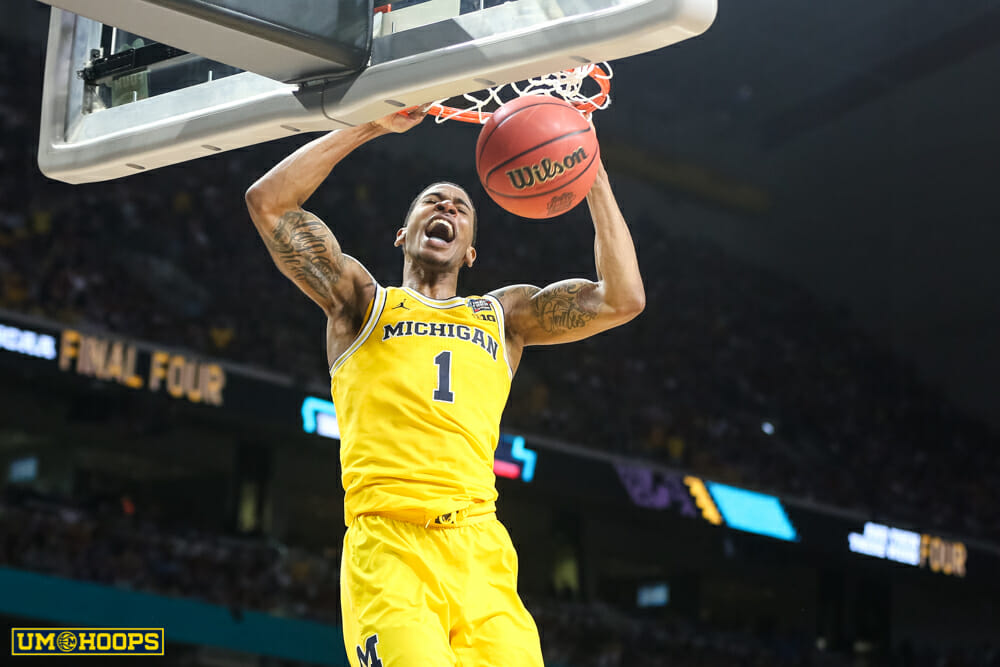 Our selection process involved much deliberation to arrive at a list we hope will provide plenty of reaction and debate. The series will be broken into five parts and our fourth installment of players 10-6 is available below. Previously: 25-21, 20-16, 15-11

In terms of a raw talent, Cook could rank even higher on this list. He has moments of basketball brilliance on the floor, but he also seems to get lost in the shuffle on Fran McCaffery’s endless bench at times. Cook averaged 15.3 points and 6.8 rebounds per game as a sophomore and posted six 20-point performances in league play. Only two league players (with at least 100 possessions) scored the ball more efficiently than Cook in one-on-one post up situations. Cook is also a capable scorer when he faces up and should be poised for a big junior year after testing the NBA waters in the spring. The Hawkeyes return a significant amount of talent and Cook figures to play a large part in any turnaround this year.

An undersized power player, Jordan Murphy has been one of the Big Ten’s best rebounders since arriving on campus. As a junior, Murphy averaged a double-double (16.8 ppg, 11.3 rpg) and led the nation with 24 double-doubles. He ranked in the top five in league games in both offensive and defensive rebounding percentage, but struggled with his efficiency. Murphy shot just 48.7 percent on 2s last season against Big Ten opponents. Still, his motor and tenacity on the glass makes him one of the league’s premier frontcourt players entering his final season. With a potentially better stable of bigs to surround him with this season in Minneapolis, Richard Pitino will likely rely heavily on Murphy’s production in the paint to help guide him back into the good graces of the Minnesota fanbase.

Matthews flirted with the NBA Draft before opting to return to school for his second year in a Michigan uniform. His redshirt sophomore season saw ups and downs including some ugly Big Ten stats — 46% on 2s, 29% on 3s — but he figured out how to put things together in the Big Ten and NCAA Tournaments. Matthews needs to improve his perimeter shot (31% last year) and cut down on his turnovers, but he’ll have to try to make those offensive improvements without his most reliable offensive teammates from a season ago. The 6-foot-6 athlete was an integral part of Michigan’s breakout defense last year and should anchor another impressive defensive unit this year next to Zavier Simpson. If he does become a more efficient offensive player, he could very well play himself into the first round of next year’s NBA Draft.

Cowan might be one of the Big Ten’s most underrated and under appreciated players. No Big Ten player took on a heavier workload than Cowan did as a sophomore in College Park as he played 96.7 percent of available minutes in league play. Despite a disappointing season for Maryland that resulted in a complete miss of postseason play, Cowan Jr. proved himself to be one of the league’s best lead guards and won defensive player of the year. His assist rate of 30.1 percent in conference games ranked fourth best and he also shot an efficient 39.8 percent on 3s. In addition, he ranked 11th in steal percentage and sixth in free throw rate in Big Ten games. With Kevin Huerter moving onto the NBA, there will be added pressure on Cowan to take on even more of a load as a junior. Given the 15.8 points, 5.1 assists and 4.4 rebounds he produced per game last season, he looks to be more than ready for that challenge.

Langford was one of the most difficult prospects to place on this year’s list. If we were ranking solely by talent or NBA draft potential, he would be the surefire No. 1. The Indiana Mr. Basketball and McDonald’s All-American is the highest rated player nationally to enter the conference since Jared Sullinger signed with Ohio State in 2010. And while we fully expect Langford to produce at a high level from day one in Bloomington, there will still be ups and downs as he adjusts to the rigors of the college game. Langford’s ability to score the ball from the perimeter, at the rim and in transition gives Indiana a scoring threat that last year’s team didn’t possess. Defensively, his size and length give him the potential to develop into a disruptive two-way player with a chance to outperform this lofty preseason ranking.