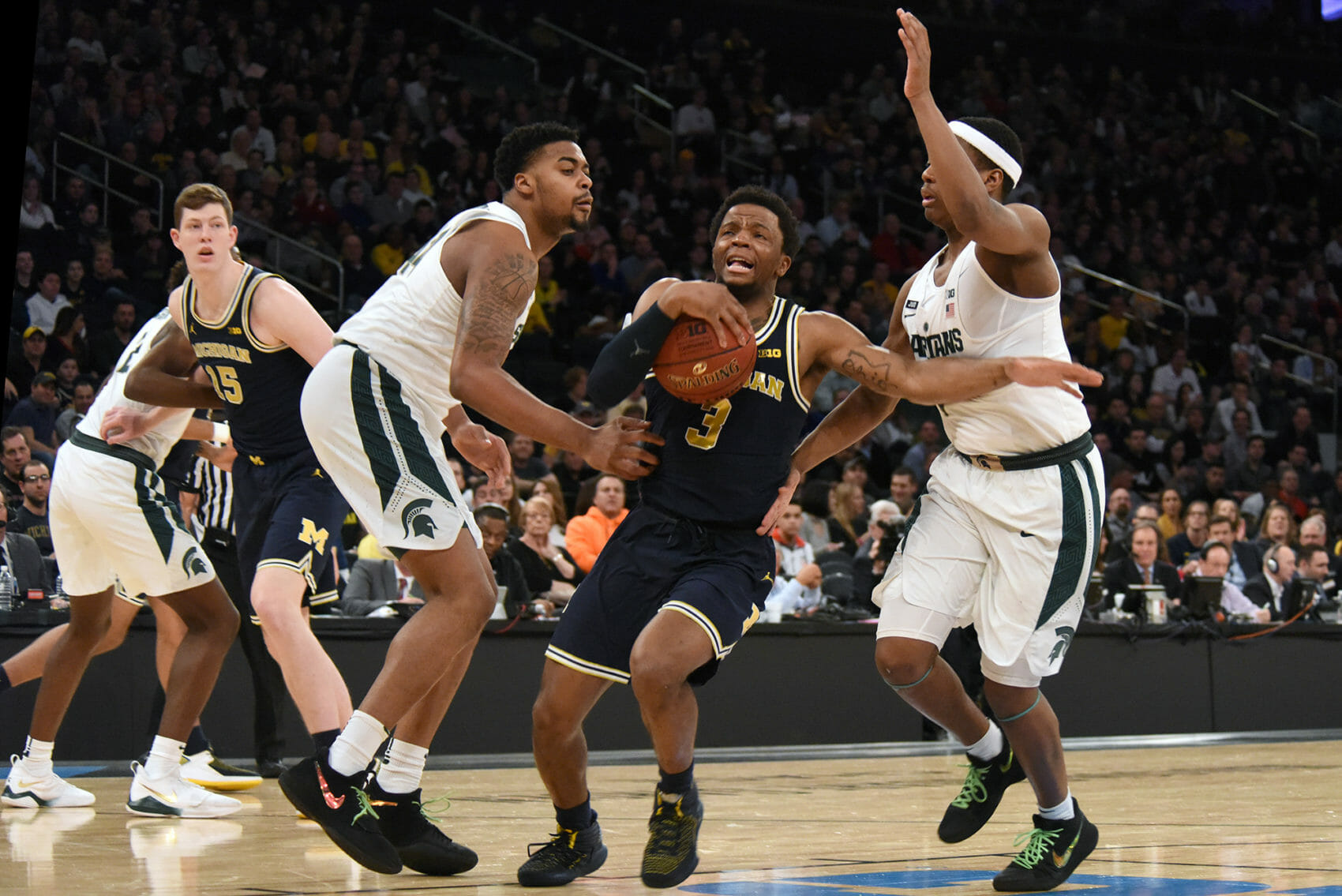 Michigan and Michigan State play for the first time on Sunday afternoon (3:45 p.m., CBS, tickets) as the race for the Big Ten title enters the final phase. Our matchup breakdown goes in-depth on the head-to-head battles with shot charts, scouting notes, videos, stats, charts and more.

Save 35% on an annual subscription to UM Hoops with promo code RIVALRY.

This is the big ticket matchup on Sunday afternoon. Two Midwestern point guards from the same class with overlapping recruitments and memorable head-to-head battles. Michigan and Michigan State have played important games over the past decade, but I can’t think of one individual matchup that was this high profile.

Winston is the best offensive player in the Big Ten. Simpson is the Big Ten’s only finalist for National Defensive Player of the Year. Something has to give.

Winston can beat you in other ways, but he is absolutely lethal shooting off the catch. His 72.4 effective field goal percentage on catch and shoot jumpers is ranked in the 96th percentile nationally and 4th in the Big Ten among players with 50 attempts. He’s still a good shooter off the dribble — 59th percentile — but you have to live with those shot attempts considering all of the other ways that he can attack you.

One area where Winston’s game has grown exponetially this year is with the runner. He only attempted 20 runners in 35 games last year, but he’s 22-of-39 (56%) on that shot this season. He does a masterful job of creating space for that in-between shot before reaching a shot blocker.