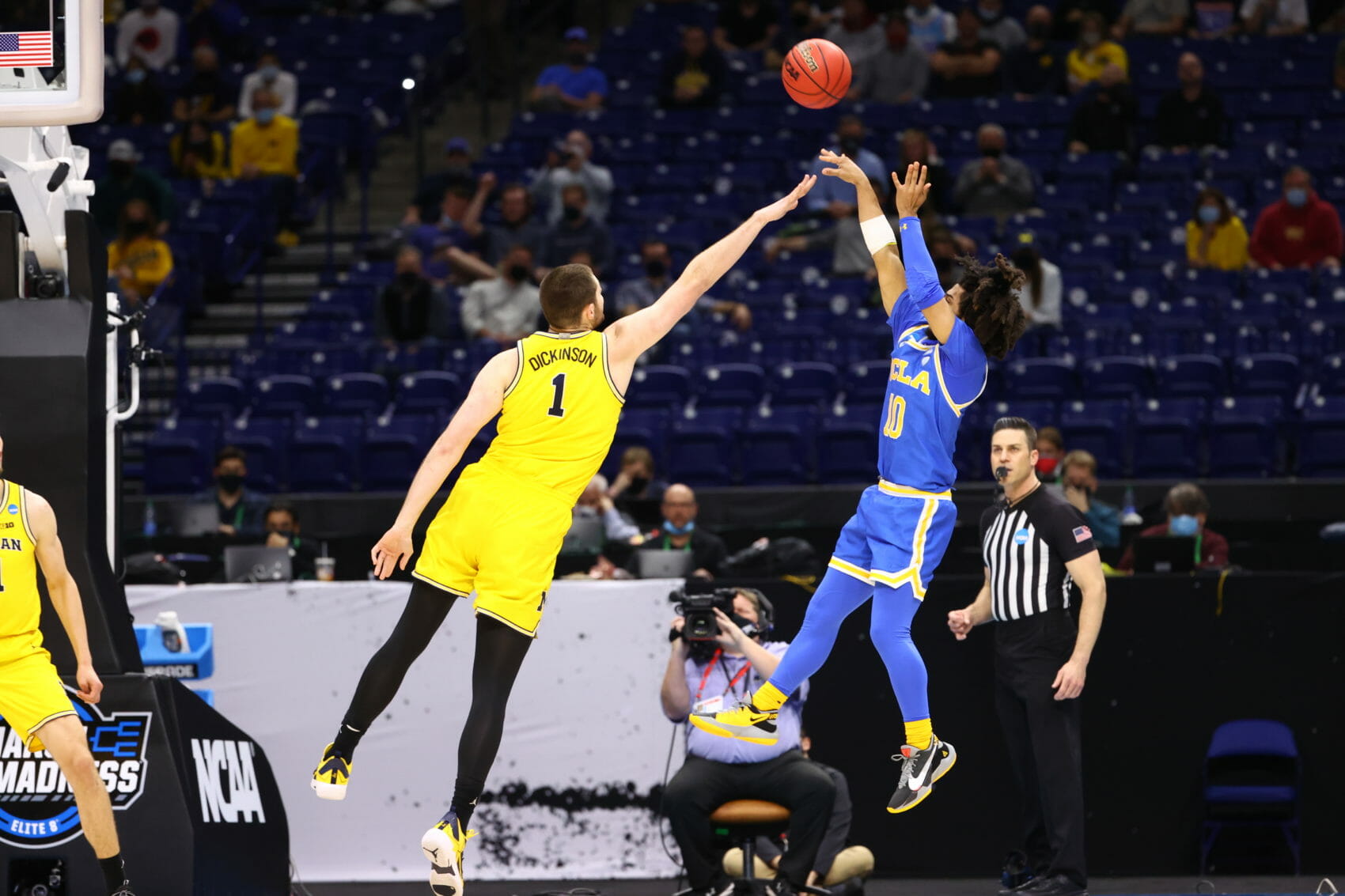 Juwan Howard kept looking down, wiping his brow. As far as emotions went, that was the most Michigan’s head coach showed on Wednesday night. His press conference ended with a defense of Franz Wagner and the observation that the room in which he sat beneath Lucas Oil Stadium was dirty. He got up rubbing his hands together, on his way to a sleepless night.

Michigan’s season ended at the hands of UCLA, 51-49, in the Elite Eight on Wednesday night. The Wolverines will spend the next six months running through the moments in their heads. An airballed 3-pointer by Franz Wagner. An in-and-out pullup 3-pointer from Mike Smith. Another heave from Wagner that fell short at the buzzer. The looks on the faces of UCLA’s players — that joy, that disbelief. That feeling in Michigan’s stomachs that it wasn’t them experiencing it.

“It’s very disappointing for our guys,” Howard said, “working so hard this year, coming down to, you know, one possession.”

In a season that at times felt like a balloon that couldn’t puncture, Michigan had played sparingly few games quite like this one. Howard devoted time in his press conference to reading stats off the box score — 39 percent shooting from the field, 27 percent from three, 14 turnovers. He didn’t mention the most important one: zero field goals in the last five minutes and 22 seconds. But it hung in the air all the same.

“When you lose, it’s very challenging,” Howard said. “It’s hard to start thinking about would of, could of, should have. It’s not about that. It’s about how we can improve and can get better.”