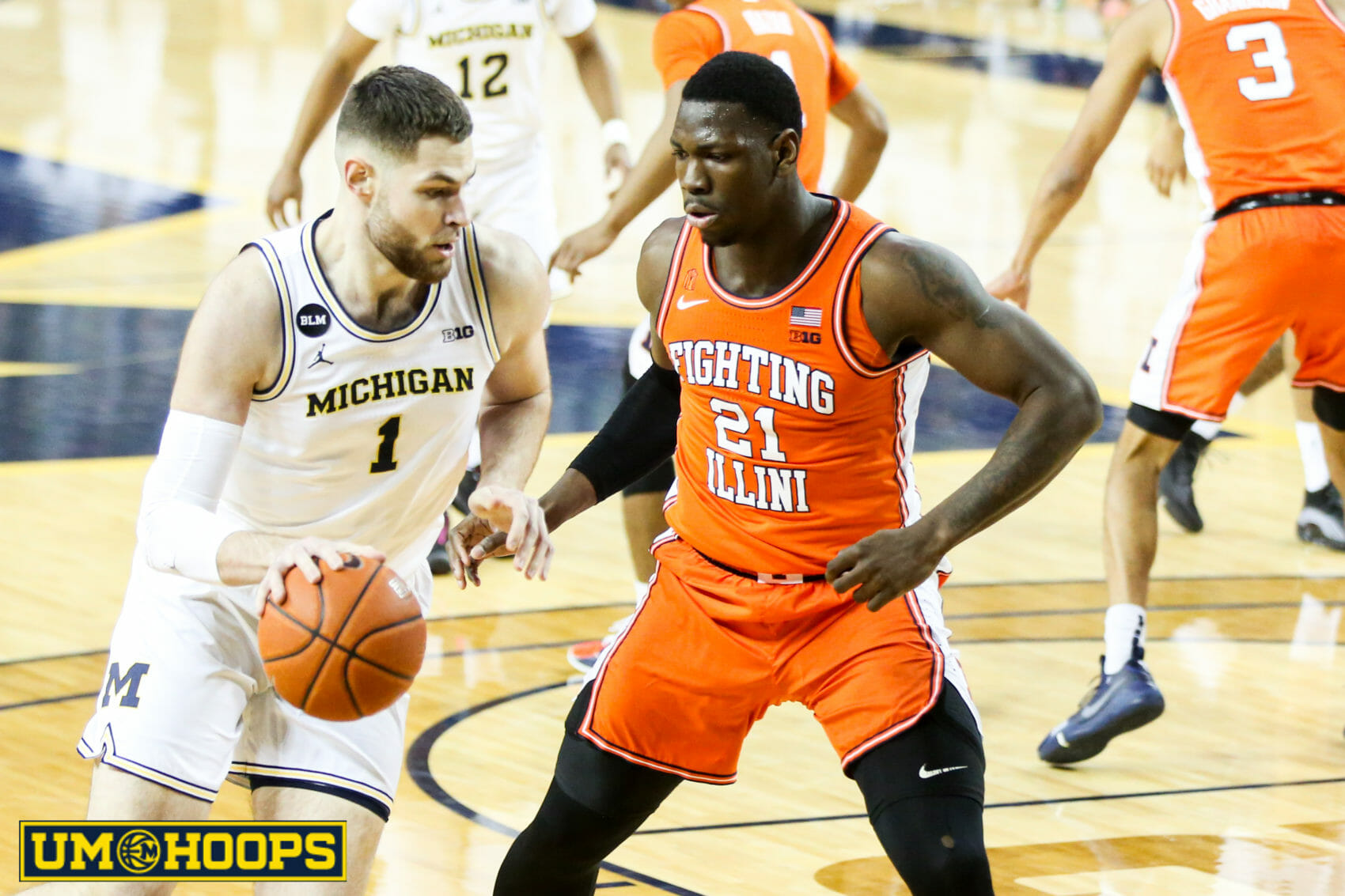 This approach is easier than a position-by-position preview because those often get bogged down into a debate simply about what position each player plays. Today we check in at No. 1 Hunter Dickinson. Previously: Caleb Houstan, Eli Brooks, DeVante’ Jones, Moussa Diabate, Brandon Johns Jr., Terrance Williams, Kobe Bufkin, Frankie Collins, Zeb Jackson, Will Tschetter, Isaiah Barnes, Adrien Nunez, and Jace Howard.


We conclude our player power rankings with an in-depth look at the face of Michigan’s 2021-22 roster: Hunter Dickinson. Dickinson averaged 14.1 points and 7.4 rebounds per game as a freshman and was a crucial part of what made the Wolverines so effective on offense and defense last season. Dickinson was bigger and stronger than just about everyone he came up against, which set the tone for Michigan on offense and defense.

Dickinson’s production waned in league play — he shot 76% on twos in November and December compared to 51.8% in February and March — but he still had an outsized impact on the game. The million-dollar question entering Dickinson’s sophomore year is whether he can re-gain that early-season form and carry it into league play and what he can add to his game to take it to the next level. Dickinson is one of a handful of players in the country with the potential to put together a National Player of the Year season, but now he has to prove he can go out and do it.