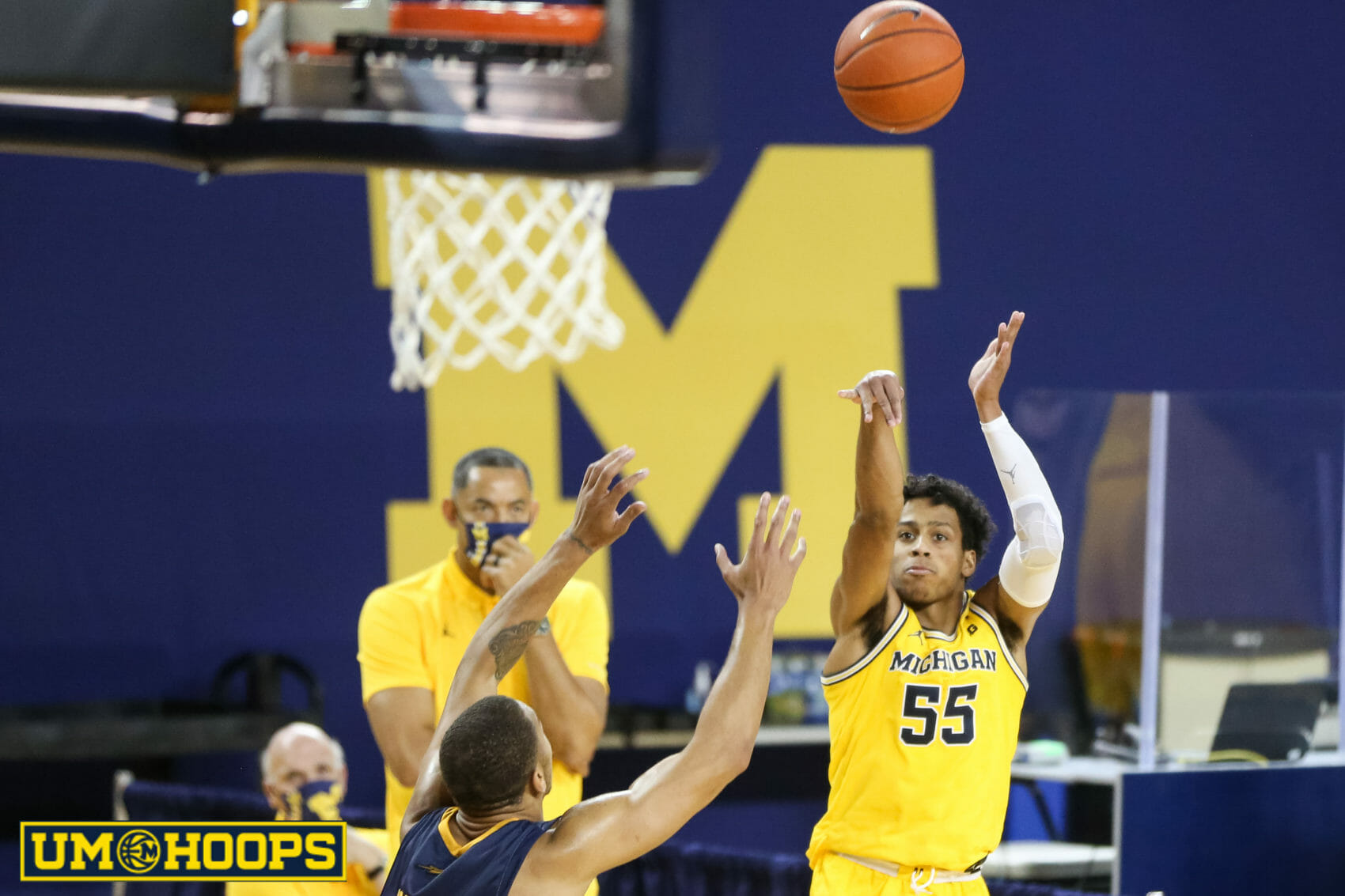 This approach is easier than a position-by-position preview because those often get bogged down into a debate simply about what position each player plays. Today we check in at No. 3 Eli Brooks. Previously: DeVante’ Jones, Moussa Diabate, Brandon Johns Jr., Terrance Williams, Kobe Bufkin, Frankie Collins, Zeb Jackson, Will Tschetter, Isaiah Barnes, Adrien Nunez, and Jace Howard.


Michigan only has one “super-senior” back for 2021-22, but it is an important one in 6-foot-1 combo guard Eli Brooks. Brooks was the quintessential John Beilein recruit, plucked from obscurity from an unsponsored AAU team from Spring Grove, PA. Still, he never cracked the rotation in any meaningful way during his two years under Beilein. At first blush, he felt like the antithesis of Juwan Howard’s new program that most expected to feature McDonald’s All-Americans and NBA talent. Instead, Brooks has been the calming presence and unsung hero of Howard’s first two teams.

Over the last two years, Brooks has started every game he’s been healthy enough to play. He’s been the steadying force on offense and the first name on the whiteboard when defensive matchups are doled out. His production looks modest at first glance — 9.5 points, 3.1 rebounds and 3.1 assists per game as a senior — but his impact is anything but.