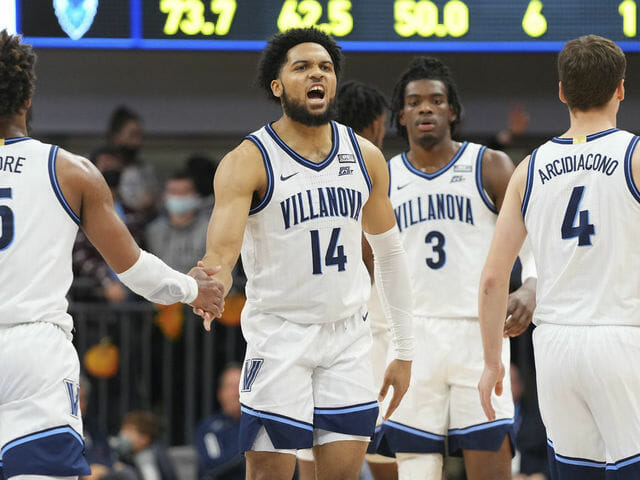 It’s been a journey, but Michigan is where it wanted to be all along. The Wolverines opened the season as a preseason top-10 team and fell all the way to the wrong side of the bubble, but now they are one of sixteen teams still alive in the NCAA Tournament. They made it to the other side, and their elusive “third goal” is still on the table.

Michigan’s season has been a roller coaster, while Villanova’s has been more of a steady bike ride. The Wildcats opened the year as KenPom’s No. 9 team. They climbed as high as 3rd and never fell below 13th. They never lost more than two games in a row and had four winning streaks of four or more games, including the seven-game streak that has led them to this point.

There’s no question that Jay Wright’s team has been better and more consistent than Michigan this season, but now the whole season comes down to 40 minutes of basketball in San Antonio (7:29 p.m., TBS). That’s all Michigan could have hoped for and now it is up to Juwan Howard’s team to decide what they do with the opportunity.

You can join UM Hoops for just $16 for your first year. Use promo code SWEET and unlock exclusive content. Sign up today for coverage throughout the season — this deal ends on Thursday!