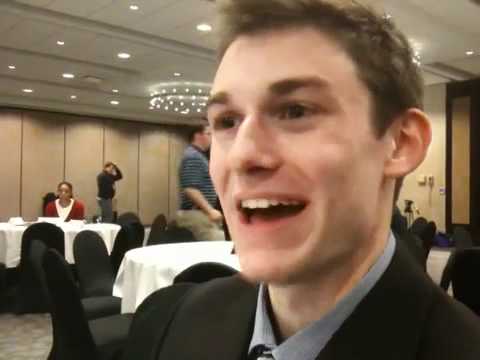 10 of the 11 (Penn State didn’t make it due to travel complications) Big Ten schools made the trip to Chicago today to participate in the Big Ten’s annual media day. Media day is that sort of necessary evil where awkward TV shoots and repetitive interviews are par for the course. We didn’t make the trip to Chicago but here is a round-up of various videos, photos, and notes from the event.

The audio of John Beilein’s official remarks can be found on MGoBlue or you can read the transcript here.

Here are a number of video clips and notes from the roundtable sessions later on:

Novak talks about his BTN promo shoot (above), you can see the first and second takes here. I’m not sure Novak has a future in television but he certainly improved on the second take.

Since the Big Ten only releases a media “top three” (1. Michigan State 2.Ohio State 3.Purdue), AnnArbor.com put together a media poll to rank the teams. Here are their results:

Michigan was also voted 10th in a similar poll by the Sun Times.

Tom Crean also spoke very highly of John Beilein, mentioning how tough it was to prep for a Beilein coached team:

This goes back to my days in the Big East and it certainly is now. There might be some preparations that are as hard, but there are none that are harder than getting ready for a John Beilein‑coached team, and I think it’s just a matter of time before that program is back where it needs to be.