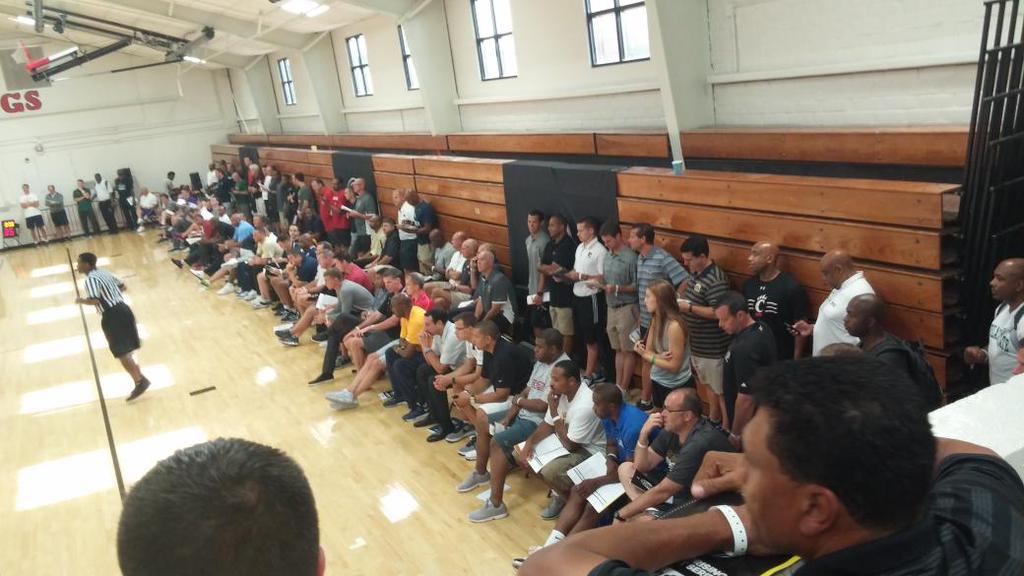 Michigan coaches have been on the road this week as the July recruiting period is in full swing. Here are some notes from across the country on various Michigan targets.

Michigan coaches have been on the road this week as the July recruiting period is in full swing.

The Wolverines have been spotted making Cassius Winston (link) and Kevin Huerter (link) priorities with multiple coaches, including John Beilein, at both prospects games.

Cassius Winston is still coming off an injury and appears to be a bit rusty at Peach Jam. He’s averaging nine points per game, but is just 5 of 20 from the floor with 16 assists. The Family is 1-1 through two games at the event.

Kevin Huerter has also gotten off to a slow start. Huerter is 4 of 16 from the floor through two games with 9 points and seven assists in a pair of losses.

Vermont Academy guard Bruce Brown is averaging 22 points per game through his first two contest. He’s 8 of 18 from three-point range and is also averaging 7.5 rebounds and three assists per game in a pair of wins.

Xavier Simpson is a top-100 point guard from Lima, OH with major interest from Xavier, Purdue, Michigan State and Illinois among others. Simpson had 24 points and eight assists in a 94-90 win over California Supreme and another Michigan point guard target, Devearl Ramsey, in front of John Beilein. ramsey had 17 points and nine assists in the loss.

According to a report by Evan Flood, the Wolverines watched Lucas on Wednesday and Thursday in Milwaukee. He has interest from schools like Wisconsin, Marquette, Wake Forest, Indiana, Northern Iowa, Drake, Northern Illinois and Northeastern.

Tyus Battle is on the move again… this time to another AAU team. The Michigan decommitment won’t be playing with Team Final this week at the Nike Peach Jam, instead he’ll play with New Heights next week at the Under Armour Finals.

This will be Battle’s third AAU team in three years after stints with Team Final and Team Scan on the Nike EYBL Circuit. Battle will also be transferring to a new high school this fall. NJ.com outlined the chaotic last several weeks of Battle’s recruitment.