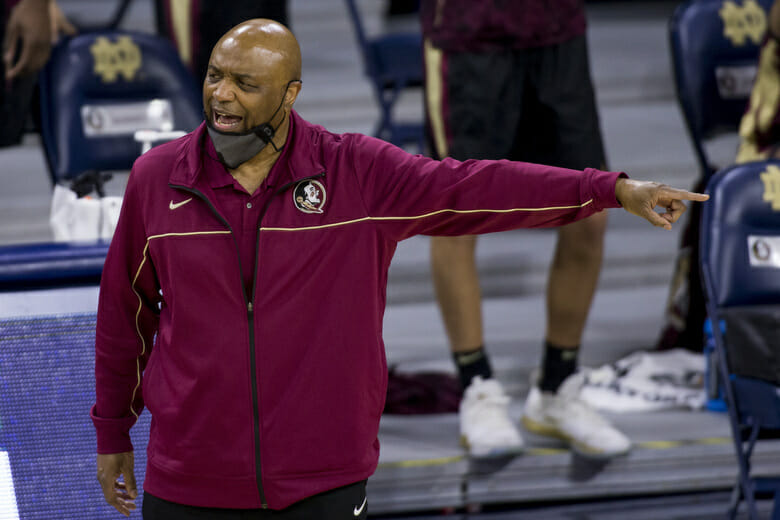 “Before that game, we were all sitting in the locker room, we had no idea who was gonna get traded and they were calling us back in the room, one by one,” Jones told UM Hoops.

Eventually, Howard was summoned by then-coach Leonard Hamilton. The eight-player trade was official. Howard, along with two other Wizards, would go to Dallas, ending a seven-year stint with the only NBA team he had ever played for.

But while the two other Wizards involved in the trade headed home, ready to pack their belongings and fly to Dallas, Howard stuck around.

“I remember Juwan coming out and watching the game actually, which as a player, I was kind of shocked,” Jones said. “I figured that he would go home, that he didn’t want to be there. But he came out and watched the game, like everything was okay, that it was going to be okay for him, that he was going to Dallas and he was still rooting for us.”

That, to Jones, showed the respect Howard had for Hamilton.