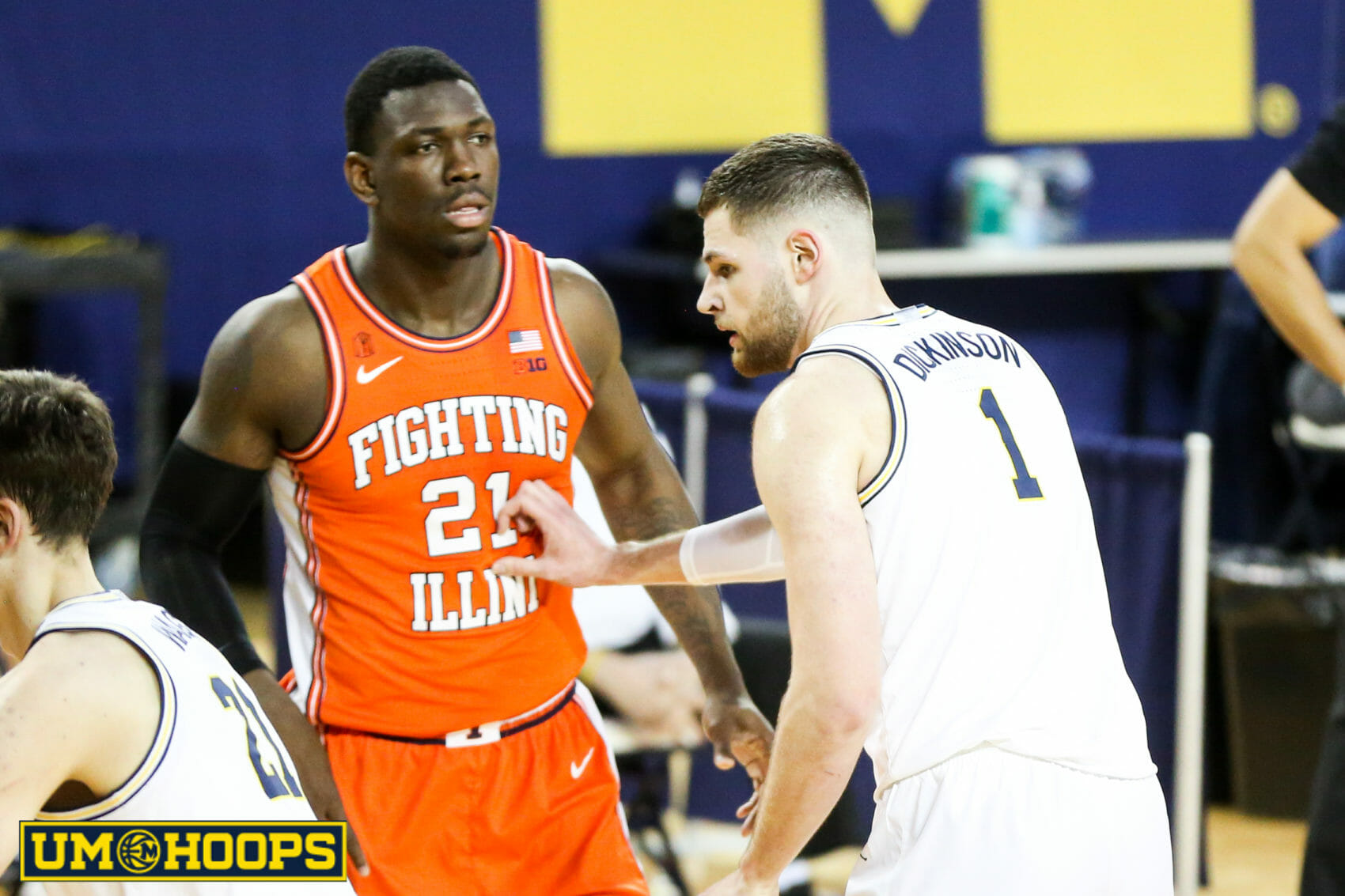 Since Juwan Howard was hired in 2019, Michigan has knocked off every Big Ten team at least once except for Illinois. The Wolverines have come close — it took a late winner from Ayo Dosunmu at Crisler in 2020 — but they’ve consistently struggled to score against Brad Underwood’s defense.

Michigan failed to top a point per possession in any of its last four games against the Illini, averaging a meager .88 points per possession in total. In those four defeats, the Wolverines have made a total of ten 3-point shots, an average of just 2.5 per contest.

Despite ranking in the top-25 for three consecutive seasons, Howard’s offense has failed to crack Underwood’s drop coverage defensive scheme. On Sunday, his team will get another opportunity, but he’ll be left watching from home.

The Illini are sputtering, dropping three of their last five games, and a loss in Ann Arbor on Sunday (2:00 p.m., CBS) could effectively end their deteriorating conference title hopes. It’s the matchup that everyone wanted to discuss in the preseason. Instead of Hunter Dickinson versus Kofi Cockburn for a Big Ten title, the script now features Phil Martelli helping Michigan to the NCAA Tournament. Something even the most imaginative college basketball fans couldn’t have imagined in October.