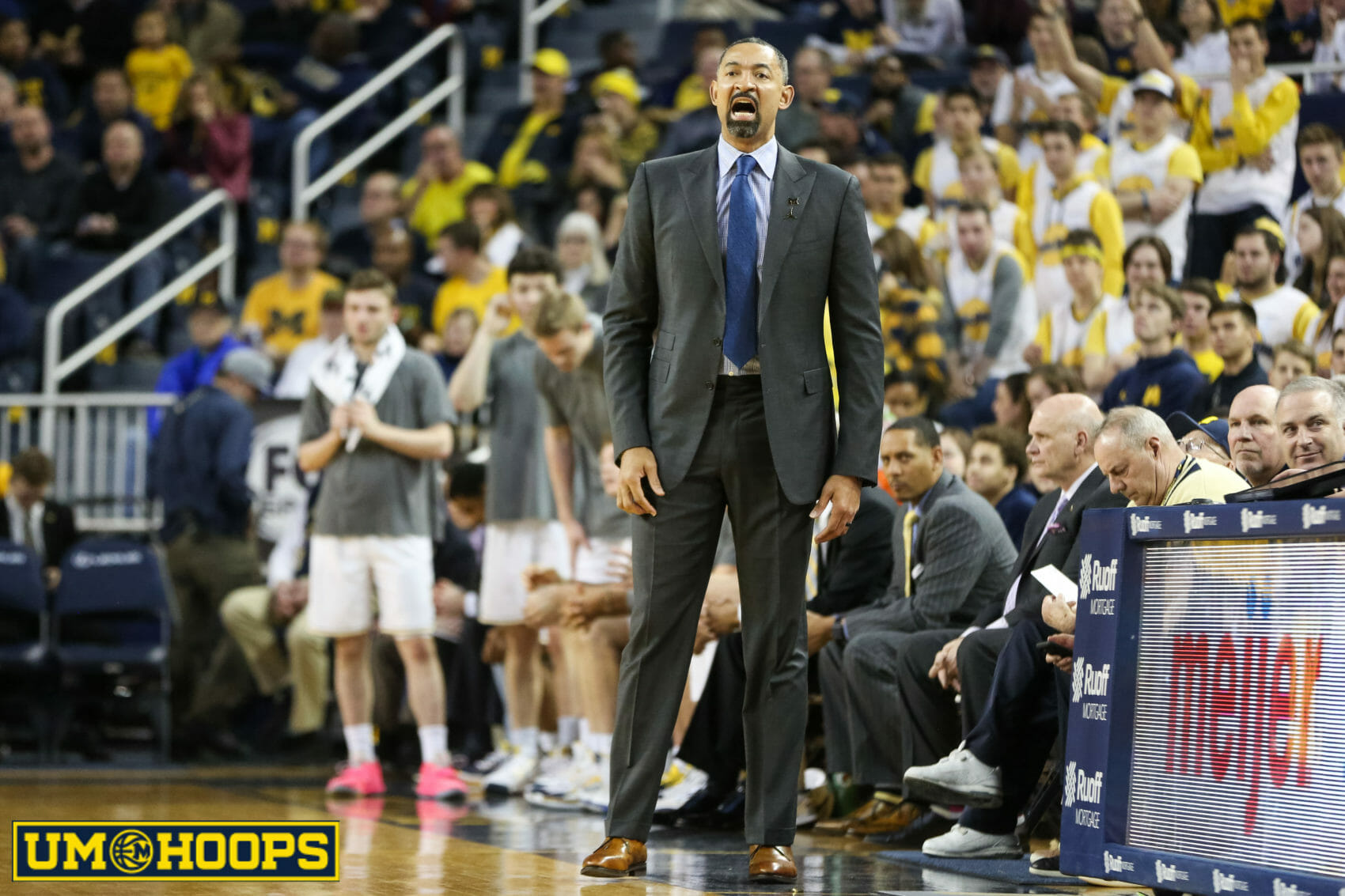 Michigan formally announced the signing of all six of its committed prospects today. The Wolverines have received letters from intent from Caleb Houstan, Moussa Diabate, Frankie Collins, Kobe Bufkin, Will Tschetter and Isaiah Barnes. Together, that six-man class is the top-ranked class in America.

Here are the details and first public comments from Juwan Howard on his new class.

“While we are excited for today’s announcements, we want to first commend these six young men and their parents for the care, class, and maturity they showed while going through their recruiting processes,” Howard said in a prepared statement. “We are blessed that they chose the University of Michigan for not just athletics but academics. We worked very hard at identifying high-character players and the pieces that are going to help our program. We want to make sure we have quality young men, from quality families who can come in and represent the Block ‘M’ and this university with dignity and grace. To all six I say, welcome to the Michigan family!”

Howard Says: “Caleb has continued to challenge himself since an early age and you can see that blossoming. He has so many different and valuable experiences playing against some of the strongest competition internationally and at Montverde. He is so even-keeled, naturally gifted and just has a feel for the game, which allows him to be a leader and succeed in anything he puts his mind to. Andrea and David are tremendous and caring people and you can see that in everything Caleb does.”

Houstan Says: “Early on in the process, I knew there was something different about Michigan and the coaching team there. I am excited to play for coach (Juwan) Howard and to be part of the culture that he is creating — it is something that I knew I wanted to be part of. The entire coaching and development team and the players have all reached out and welcomed me to the Michigan family. I know Michigan is going to help me immensely both on and off the court and I can’t wait to get down to Ann Arbor and get to work with my guys.”

Howard Says: “We are looking forward to working with someone who is high-energy on court and high-character off the court. Moussa has an incredible work ethic and is one of those young men who is ‘all-in’ and puts forth the effort to really make success easy. We were drawn to his competitive nature and his willingness to do what it takes to find ways to win. Having so many life and playing experiences in the U.S. and France, Korotoumou has really allowed Moussa to grow into an amazing young man. Michigan fans are going to enjoy him.”

Diabate Says: “I am so appreciative for the opportunity coach (Juwan) Howard and the coaching staff is giving me at the University of Michigan — in basketball and with my education. There is such a comfort for me with coach and the other players, especially the incoming guys, that it made my decision easy. There are big things ahead and I cannot wait to be part of it.”

Howard Says: “The consistency Kobe has shown with his game has helped him become one of the top players in the state of Michigan. The impressive thing is he has not stayed satisfied with that as he keeps working on and off the floor to become the best person he can be. Yes, he can score in a variety of ways, however, it is his dedication to defense that makes him an all-around joy to want to coach. There are many U-M fans who bleed Maize and Blue and Kobe is no exception. Kim and Mike have a wonderful young man on their hands.”

Bufkin Says: “Signing with Michigan is a dream come true for me and my family. For so long I have watched and been part of the Maize and Blue. It’s a blessing to have coach (Juwan) Howard believe in me. Being able to continue my basketball career but challenge myself academically is something I am looking forward to.”

Howard Says: “My family and I have known Frankie and his family for several years. We have seen him grow as a person and a player. Jontae and Aaron have been a joy to be around and they have really guided Frankie to make good choices athletically and academically. I was just thrilled when he chose to come to Ann Arbor. He has a great feel for the game and continues to improve. He sees the floor so well and his basketball IQ helps him make his teammates better.”

Collins Says: “Knowing coach (Juwan) Howard, his family, even playing with Jace and Jett throughout all these years has been an amazing experience. Now having this opportunity to be coached by him — at the University of Michigan — is going to be very special for me and my family. Time cannot go fast enough as I can’t wait to start this next challenge.”

Howard Says: “Michigan fans are really going to like Will, not just on the court, but off it as well. He is a strong and tough player who has tremendous balance to his game. What we like the most is that he cares so deeply for improving himself academically as well as athletically. Kasey and Garth have had their successes athletically, and have been very supportive of Will’s decisions throughout this process, the apple doesn’t fall far from the tree. We cannot wait to coach Will.”

Tschetter Says: “I’m extremely excited to have the opportunity to play for such an amazing coach, staff and program. Only adding to that is to be able to attend one of the most prestigious academic universities in the nation, and even in the world. This makes this opportunity truly special to me and my family. I cannot wait to get to Ann Arbor and start my journey.”

More on Will Tschetter:

Howard Says: “Isaiah brings a work ethic and a drive that we were immediately drawn to. This is not just on the basketball court, it is in the classroom as well. However, his skill set on the floor is so very versatile, that it will allow him to play many different roles for us. Dee and Danny have raised a very down-to-earth young man. I mean he is from my old stomping grounds!”

Barnes Says: “When coach (Juwan) Howard first reached out to me, I knew there was a connection. Coach, his staff and all the players made me feel like family from the start. Now, to be part of his program and the University of Michigan is very special. I look forward to getting to work down in Ann Arbor.”